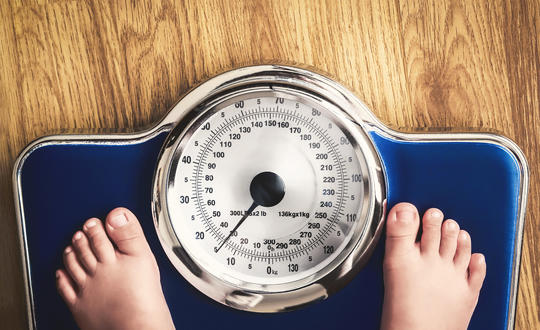 [On 31 August 2021, the European Society of Cardiology published its guideline “Prevention of cardiovascular disease in clinical practice”. This guideline provides a comprehensive review about risk factors of atherosclerotic cardiovascular disease, their assessment, potential modifiers, treatment and prevention of the cardiovascular dis­ease itself at societal and individual levels respectively. The previous guideline issued 2016, had to be updated due to the recent significant advances in risk prediction of cardiovascular disease on atherosclerotic background and due to the beneficial effects of treatment, emerging new drugs and therapeutic targets. The risk assessment system has undergone a major overhaul and now predicts the risk of fatal and non-fatal cardiovascular events together over a 10-year horizon and over a lifetime. In the new guideline, age plays a more important role in risk classification than before. The risk assessment and staged management of apparently healthy people or patients with established atherosclerotic cardiovascular disease, diabetes mellitus and other specific diseases or conditions are detailed. The positive impact of influencing risk factors, the years of life gained can recently be presented in a lifetime perspective, which will help to make an individually tailored decision on the extent of interventions, while taking into account also the patient’s preferences.]

[The history of acute stroke care in Hungary ]

[Stroke is one of the most frequent causes of death and the most important cause of permanent disability worldwide and also in Hungary. The Hungarian medical literature has mentioned this disease and has been giving recommendations for its treatment since 1690. Initially folk medicines, herbal preparations and phlebotomy were used as standard therapy. Later, cooling the head joined these methods. Pharmacy preparations emerged at the middle of the 19th century. From the middle of the 20th century, products of the pharmaceutical industry like blood flow enhancers and neuroprotective drugs were in the frontline of the acute care. Anti­hy­per­ten­sive, antithrombotic and lipid-lowering medications became part of stro­ke prevention. Imaging techniques – mainly computer tomography of the brain and ultrasound examination of the cervical large arteries – have radically changed the diagnostics of cerebrovascular diseases from the middle of the 1980s. Since the 1990s, diagnostic and therapeutic decisions are based on reliable evidence from good quality clinical trials. Since the beginning of the 21st century, reperfusion treatments (intravenous thrombolysis and mechanical thrombectomy) re­present the most effective emergency care. The current direction is the extension of the therapeutic time-window of reperfusion treatments based on sophisticated neruoimaging. This review provides a brief summary of the development of stroke care in the last three and a half centuries as reflected in the Hungarian medical literature. ]

[New approach in the treatment of elevated lipoprotein(a)]

[Lipoprotein(a) is a genetic trait, resembling the structure of low density lipoprotein (LDL). Due to its high atherogenicity it is an independent risk factor for atherosclerotic vascular diseases. External impacts (as dietary and lifestyle measurements) do not decrease its plasma level thus the primary and secondary cardiovascular prevention prefers primarily the drug therapy. How­ever, widely used lipid lowering agents do not have any impact on its plasma level. Recently, the PCSK9 inhibitor monoclonal antibodies (evolocumab and alirocumab), the small interfering mRNA inclisiran, and particularly the antisense oligonucleotide targeting the LPA mRNS, further the clinical use of pelacarsen produced significant lipoprotein(a) lowering effect. Beyond the atherosclerotic vascular diseases, lipoprotein(a) plays an important role in the pathogenesis of the calcific aortic valvular stenosis, as well. The usage of the above-men­tioned biological therapies in this condition is also promising. ]

[During the critical assessment of health economic analyses, it is useful to present their uncertainties within a standardized framework. The aim of this research is to demonstrate how to use the procedural framework to identify, quantify and interpret such uncertainties through the examples of cell and gene therapies. Based on the review of methodological documents used by the Di­vi­sion of Health Technology Assessment at the National Institute of Pharmacy and Nutrition of Hungary (NIPN), and formalizing the current practice in its own framework, first we identify the uncertainty factors of the analysis and then examine their quantification in the submitted health economic model. Subsequently, we interpret their impact on the cost-effectiveness conclusion and determine the significance of all uncertainty factors. By applying the framework on the cost-effectiveness analysis of tisagenlecleucel as our example, we identified the following uncertainty factors. Although it is challenging to quantify, there is significant uncertainty related to the effectiveness of comparator procedure, which is due to single-arm clinical trials and the use of secondary data sources. The discount rate had a quantifiable and significant impact on both health gains and costs. Methods used to estimate relative effectiveness are also quantifiable but have less of an impact on the conclusions. The presented framework proved to be appropriate, with some li­mitations to document and arranging uncertainties of health economic analyses. It is advised to use this framework for reimbursement decisions for public financing. A possible subject of methodological development is the further formalization of identifying factors of uncertainty.]

[The significance of media literacy in adolescent smoking and drinking]

[INTRODUCTION - Media exerts a strong socialization effect on adolescents who are particularly susceptible to different messages in this life period. In the present study, therefore, we focused on adolescents’ media literacy. METHODS - 546 adolescents from Makó (Southern Hungary) were studied, including 288 (52.7%) grade 8 (age 13-15 years) and 258 (47.3%) grade 12 (age 17-19 years) students; 49.5% of the participants were male and 50.5% female. The survey covered sociodemographic variables, lifetime and monthly prevalence of smoking and drinking, attitudes related to substance use and media literacy. For the study of media literacy, we adapted a Medica Literacy Scale containing 31 items. After performing factor analysis, factors of media literacy were analyzed by two-sample t-tests according to sociodemographic variables and behaviour. RESULTS - Our results show that factors of media literacy are well differentiated according to sociodemographic variables and even more according to smoking and drinking behaviour. Girls and younger adolescents (among who substance use is less frequent) are more likely to notice the hidden messages of substance use that are shown in advertisements and movies, and the representation of the interests of the tobacco and alcohol industry in the media. Nonsmokers and nondrinkers are a lot more aware of the manipulation effects of the media. CONCLUSIONS - Our results draw attention to the significance of media literacy in the prevention of adolescent smoking and drinking.]

[INTRODUCTION - In this article we analyze the relationships between behavior problems of adolescents and depressed mood of their parents based on literature review and on our own questionnaire surveys. METHODS - We present the data from two surveys conducted among Hungarian adolescents. The first survey was conducted among 1604 young women students, aged of 15-19 years. The second survey included 502 high school students in Budapest. Both surveys were aimed at the lifestyle, health behavior, risk behavior, and emotional state, as well as the social-economic status and family background of the adolescents. Data of both surveys were analyzed using the SPSS 8.0 statistical program package. The association between the mood category of mothers and fathers and the risk factors and emotional state indicators of their children were tested with χ2 tests, as well as the indicators of students whose parents were not treated for depression. RESULTS - Data from both surveys suggest that there are close relationships between the negative mood states of the parents and the behavior problems of their children, especially between the mood of mothers and the behavioral and emotional state of daughters. CONCLUSIONS - Our research data call attention to the phenomenon that girls react explicitly and quite sensitively to the mood state of their mothers while the boys’ behavioral and emotional states are less responsive to their parents’ mood. On the other hand, boys react more intensively to the emotional instability of their fathers than to the instability of their mothers.]

[INTRODUCTION - Studies suggest that traditional religiosity is more and more neglected among adolescents, however, not implying to the lack of religiousness or spirituality. Religion/spirituality is still a significant protective factor. Therefore, the main goal of the present paper was to analyze indicators of mental well-being in a sample of high school students in light of religious/spiritual variables. METHODS - The data collection of the questionnaire survey (2010) was going on among 656 high school students in Sze­- ged (age range between 14-21 years, mean=16.5 years, S.D.=1.5 years of age, 49.1% of the sample was female). Depressive symptomatology, satisfaction with life and optimism were dependent variables and indicators of spirituality/religiosity were the independent ones. Beyond descriptive statistics, correlation and multiple regression analyses (stepwise method) were applied in the calculations. RESULTS - Our results show that for today’s youth happiness is primarily associated with their existential well-being: those who see a meaning in life, who have goals in life and believe that they are able to see through and understand life events, tend to be more satisfied with life, more optimistic and less depressed. Besides, spiritual belief may also contribute to life satisfaction whereas importance of religiosity may be a protective factor in the case of depression. CONCLUSIONS - Based on these results we may conclude that existential well-being (that is, finding a meaning in life) is a prominent spiritual variable. Data also suggest, however, that youth’s mental well-being only partially comes from religiosity, mostly it stems from other resources. More research is needed to detect this. All in all, as it appears that youth do need a belief in a meaning in life, similar to other age groups.]

[Authors compared a clinical sample of adolescent migraine patients (n=28) aequal in age mean sex ratio with a group of healthy control adolescents (n=68) to demonstrate some differential psychological characteristics of adolescents suffering from migraine. The Dysfunctional Attitude Scale (Burns) and Beck's Depression Inventory were used. The patient sample achieved an increased scores on Approval, Entitlement and Omnipotence scales as well as the group showed a greater total means of the DAS scale, but an unexpectedly lower level of Depressivity has been proved in the clinical sample. Both DAS variables and BDI characterize the two groups better, than clinical features, but besides sufficient sensitivity only moderate specificity was managed to achieve on classification by means of discriminant analysis. Migraneous adolescents do not suffer from depressivity, only gradual differences between the two samples have been found.]

The relationship of traumatic experiences and eating disorders – therapeutical options

Eating behaviors among the participants of an inpatient weight loss treatment