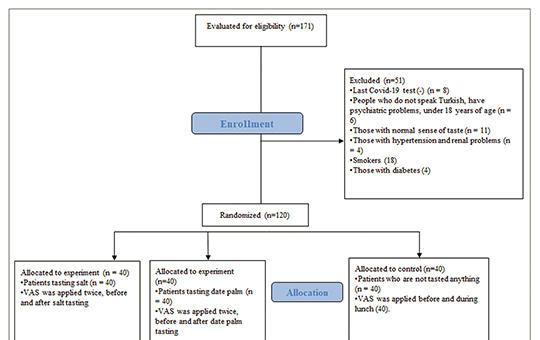 This study was conducted to examine the effect of starting a meal with salt and date palm on the sense of taste in COVID-19 patients. This study was conducted using a randomized controlled method. Patient and disease information forms and Visual Analog Scale were used for data collection. Salt and date palm were used to stimulate the sense of taste in two different experimental groups. No procedure was made in the control group except for the practice of the clinic. The results were analyzed using SPSS version 25. The mean ages of all groups were between 43.42 ± 8.60 and 47.22 ± 12.04 years. Fever, sore throat, dry mouth, cough, muscle weakness, and similar symptoms were present in all groups. Significant improvements were found in patients with hypoageusia and ageusia after date palm and salt application (p<0.01). For taste impairment caused by COVID-19, consumption of date palm and tasting very little salt for therapeutic purposes may help to alleviate taste impairment. Based on the data obtained from this study, the pathophysiology of the effects of date palm and salt on taste complications should be investigated.

Psychoneuroimmunology and the embodied mind

One of the major philosophical aspirations in contemporary consciousness research is to find a framework of explanation that could successfully address the problem of mind-body relations. Descartes is often regarded as the father of dualism in modern philosophy of mind. Phenomenology and embodiment may dissolve the problem of dualism in the waters of the experiential features of the life-world and the subject. Recent findings in psychoneuroimmunology have shown that somato-psychic mechanisms exist through which bodily stimuli are translated into neuropsychological events resulting in alterations in certain behavioral patterns. These may as well include changes in the qualitative features of the lived body (Leib) resulting in an overall change in the subjective experience. The application of modern embodiment theories in life sciences has the potential to create a novel, fruitful and heuristic approach, which may help us unveil features of the “mind-body phenomenon” that have been hidden so far. In this paper, I will try to briefly outline a possible analytical framework on the grounds of classic - Husserlian and Merleau-Pontian - phenomenology and biomedical sciences.

Matrix metalloproteinases (MMPs), which are synthesized by many cell groups and responsible for the destruction of matrix proteins, and endogen tissue inhibitors of MMPs (TIMPs) have a role in the pathogenesis of Multiple Sclerosis (MS) by affecting the blood-brain barrier. We aimed to investigate the role of MMPs and TIMPs in the immunopathogenesis and in the course of multiple sclerosis (MS). We enrolled 25 relapsing remitting MS patients, who had a definite MS diagnosis according to McDonald criteria and 25 healthy subjects similar for age and gender as control group. MMP-9- and TIMP-1 levels were measured twice in patient group (one time during an attack and one in remission) and once in healthy subjects. MMP-9- and TIMP-levels of patients during attack and remission period and MMP-9/TIMP-1 ratio were found significantly higher than in the control subjects. In patient group MMP-9 and TIMP-1 levels and MMP-9/TIMP-1 ratio during attacks were not significantly different than during remission period. However, when subdivided according to their number of attacks, patients with 2 attacks had significantly higher levels during attack period comparing to remission period (p<0.05); in case of patients with more than 2 attacks did not have a statistically significant difference in attack and remission periods. Matrix metalloproteinases are important actors in MS immunopathogenesis, particularly in the early period and inhibitor agents for these enzymes can be used as a treatment option.

The study aims to investigate the relationship between the progression of idiopathic Parkinson’s disease (IPD) and retinal morphology. The study was carried out with 23 patients diagnosed with early-stage IPD (phases 1 and 2 of the Hoehn and Yahr scale) and 30 age-matched healthy controls. All patients were followed up at least two years, with 6-month intervals (initial, 6th month, 12th month, 18th month, and 24th month), and detailed neurological and ophthalmic examinations were performed at each follow-up. Unified Parkinson’s Disease Rating Scale part III (UPDRS Part III) scores, Hoehn and Yahr (H&Y) scores, best-corrected visual acuity (BCVA), intraocular pressure (IOP) measurement, central macular thickness (CMT) and retinal nerve fiber layer (RNFL) thickness were analyzed at each visit. The average age of the IPD and control groups was 43.96 ± 4.88 years, 44.53 ± 0.83 years, respectively. The mean duration of the disease in the IPD group was 7.48 ± 5.10 months at the start of the study (range 0-16). There was no statistically significant difference in BCVA and IOP values between the two groups during the two-year follow-up period (p> 0.05, p> 0.05, respectively). Average and superior quadrant RNFL thicknesses were statistically different between the two groups at 24 months and there was no significant difference between other visits (p=0.025, p=0.034, p> 0.05, respectively). There was no statistically significant difference in CMT between the two groups during the follow-up period (p> 0.05). Average and superior quadrant RNFL thicknesses were significantly thinning with the progression of IPD. 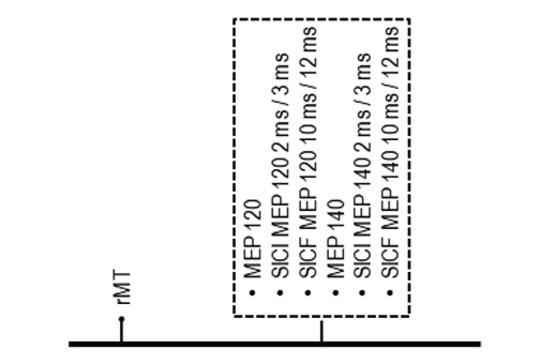 The effects of 30 Hz, 50 Hz AND 100 Hz continuous theta burst stimulation via transcranial magnetic stimulation on the electrophysiological parameters in healthy individuals

Transcranial magnetic stimulation is a non-invasive procedure that uses robust magnetic fields to create an electrical current in the cerebral cortex. Dual stimulation consists of administering subthre­shold conditioning stimulation (CS), then suprathreshold test stimulation (TS). When the interstimulus interval (ISI) is 1-6 msec, the motor evoked potential (MEP) decreases in amplitude; this decrease is termed “short interval intracortical inhibition” (SICI); when the ISI is 7-30 msec, an increase in MEP amplitude occurs, termed “short interval intracortical facilitation” (SICF). Continuous theta burst stimulation (cTBS), often applied at a frequency of 50 Hz, has been shown to decrease cortical excitability. The primary objective is to determine which duration of cTBS achieves better inhibition or excitation. The secondary objective is to compare 50 Hz cTBS to 30 Hz and 100 Hz cTBS. The resting motor threshold (rMT), MEP, SICI, and SICF were studied in 30 healthy volunteers. CS and TS were administered at 80%-120% and 70%-140% of rMT at 2 and 3-millisecond (msec) intervals for SICI, and 10- and 12-msec intervals for SICF. Ten individuals in each group received 30, 50, or 100 Hz, followed by administration of rMT, MT-MEP, SICI, SICF immediately and at 30 minutes. Greater inhibition was achieved with 3 msec than 2 msec in SICI, whereas better facilitation occurred at 12 msec than 10 msec in SICF. At 30 Hz, cTBS augmented inhibition and suppressed facilitation, while 50 Hz yielded less inhibition and greater inter-individual variability. At 100 Hz, cTBS provided slight facilitation in MEP amplitudes with less interindividual variability. SICI and SICF did not differ significantly between 50 Hz and 100 Hz cTBS. Our results suggest that performing SICI and SICF for 3 and 12 msec, respectively, and CS and TS at 80%-120% of rMT, demonstrate safer inhibition and facilitation. Recently, TBS has been used in the treatment of various neurological diseases, and we recommend preferentially 30 Hz over 50 Hz cTBS for better inhibition with greater safety and less inter-individual variability. 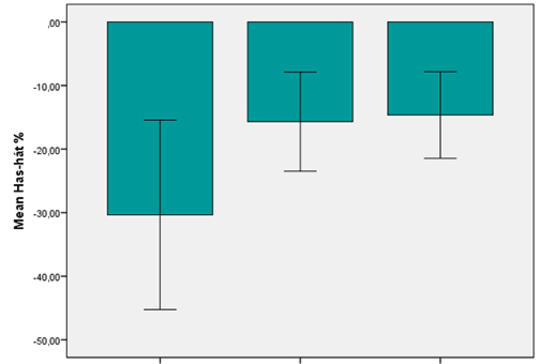 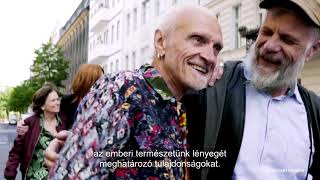 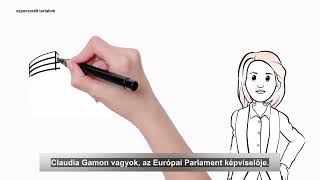 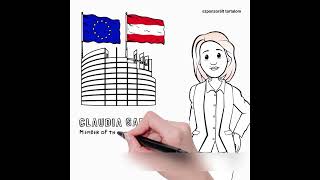