[Letter to the Reader]

[New development in the pathogenesis, diagnosis and treatment of IgA nephropathy]

[IgA nephropathy is one of the leading cause of primary glomerulonephritis worldwide. IgA nephropathy is regarded as an immune mediated disease with a multi-hit pathogenesis starting with the production of poorly glycosylated IgA1 and glycan-specific IgG and IgA autoantibodies leading to the formation of IgA1 containing immune complexes. These immune complexes deposit in the glomerular mesangium followed by the onset of mesangioproliferative glomerulonephritis. The disease has variable clinical presentation and outcome. There is a need to identify patients who have the potential to progress to end-stage renal disease with the help of clinical, histological and biological markers. Treatment options for IgA nephropathy are largely based on opinion or weak evidence. It is true for the KDIGO Clinical Practice Guideline for Glomerulonephritis treatment recommendations containing low level of evidence for almost all recommendations related to IgA nephropathy. It is suggested to separate the patients into 3 groups on the basis of risk to progression and to give not-specific supportive treatment (especially angiotensin converting enzyme inhibitors or angiotensin receptor blocking agents) to all of them on the basis of the risk factors. We discuss the recommendations of the KDIGO Guideline about steroid and immunosuppressive treatment for moderate and high risk patients. Lastly, we provide our perspective on the existing other treatment options (tonsillectomy etc.) and on ongoing clinical trials.]

[Antihypertensive Effects of our Foods ]

[Dear Reader! Greetings to the 30th anniversary of founding the LAM]

[Introduction - Mental health has crucial role in our life. Cognitive changes or decline can lead to many difficulties in daily routine of older people (e.g. organization of daily activities), which can, consequently, influence their well-being. Therefore it is an important question, which cognitive abilities are affected by age-related decline. Methods - In our study we aimed to investigate the changes of cognitive abilities in healthy older adults between 61 and 85 years of age compared to the performance of younger adults. Digit span, counting span, listening span, letter fluency, semantic fluency and action fluency tests were used to assess cognitive abilities, namely working memory and executive functions. Results - The results showed that younger adults performed significantly better in all tests than older adults. Importantly, the performance of older adults was better on tests requiring less complex mental computations (e.g. digit span test) than on more complex tests where both storing and mani-pulating information was required (e.g., counting span test). We also showed that within the older age group, cognitive functions’ decline was linearly associated with increasing age. Conclusion - The present study used several, well-established neuropsychological tests to map the changes of working memory and executive functions in healthy older adults between 61 and 85 years of age compared to younger adults. Our findings can contribute to the development of prevention programs aimed at improving the quality of life of older adults and preventing age-related cognitive decline.]

[Oh, gentle reader, who turns these pages of the "Immature medicus", perhaps you are one of those who are not yet dead from TEMPUS. Not many are familiar with the word, except in the compound "tempora mutantur". But TEMPUS is not catchy, although it is fleeting: it is a five-year programme to support the transformation of higher education. ]

[A Letter to Our Readers] 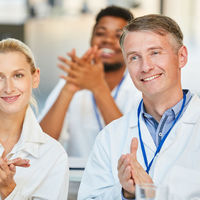 "Nowadays we know a great deal about the microscopic detail" - but do we know more about Axolotl than Antal Szerb?