[THE IMPACT OF MOOD ALTERATIONS ON CREATIVITY]

[Basic elements of artistic (and other) creativity are the technical-professional skill and knowledge, the special talent and ability and the willingness or motivation; one of which being absent results in partially realised creativities like juvenile, frustrated or abandoned types, respectively. Psychometric scales have been developed to measure everyday and eminent creativities, which show that creativity correlates with higher psychoticism, impulsivity and venturesomeness scores and with lower neuroticism and conformity scores of the personality test employed in a general population. Among the psychological components of creativity are the cognitive processes, mood, motivation, and personality traits. Regarding mood, a theory of “inverted U” has been proposed as elevation of mood facilitates creativity to a certain point after what extreme increase has an adverse effect on achievement. Analysing psychopathology and creativity among various professions, higher rates of psychopathology, especially affective symptoms, have been found in art-related professions. Examples of immortal poets, writers, painters, sculptors and composers, having created invaluable cultural treasures for the mankind, illustrate that many of them showed signs of mood alterations (unipolar or bipolar affective disorder spectrum) which were expressed in their artistic products.]

[This is a survey on the function of parallel visual pathway with a special emphasis on its clinical implications. It is based on data in the literature and own results of our group. The paper primarily deals with the X, Y, W pathways and by the magnocellular, parvocellular and koniocellular visual pathways characterized by cells of various size as well as by nerve fibers of various thickness. Electrophysiological, microelectrode recording of single-unit activity makes the distinction between the pathways available in animal modell. Much more difficulties arise if we intend to characterize the pathways in humans or to detect the selective damage of one of these pathways in patients. The non-invasive diagnostic methods that could be used in the diagnosis are detailed here, too. Finally, the neurological, ophtalmological and psychological diseases are discussed in which a selective damage of any visual pathway is suspected. Summing it up, the survey provides evidences for the introduction of the novel concept of parallel pathways into the diagnostic aspects of ophthalmology, neurology and psychiatry.]

[THE AUGMENTATION OF CLOZAPINE TREATMENT WITH ELECTROCONVULSIVE THERAPY]

[THE ROLE OF MICRO-AROUSALS IN THE REGULATION OF SLEEP]

[This work give a short account about a three decades research of the sleep microstructure. The studies, executed by the Strassbourg, Budapest and Parma schools, paved the way of exploring the participation of micro-arousals in the sleep regulation. It was shown that micro-arousals, not leading to instant arousal but influencing the later course of sleep are weaved into the network of sleep. A certain class of microarousals differs from the traditional desyncronisation-type and in a paradox way result a rebound like mobilisation of sleeplike activity with deltas and K-complexes. The desynchronisation- and synchronisation-type micro-arousals show different distribution along the sleep cyclicity and may play different role in sleep regulation. On the basis of the studies dealing with micro-arousals we can assume that beside the traditional long time constant, brain stem driven tonic chemical regulation, an other phasic regulation, with shorter time constant, underlied by the micro-arousals, also exist. This kind of phasic regulation makes sleep flexible and possible to adapt the actual sleep course to the inner and outer demands. An other important role of micro-arousals in pathological sleeps is to provide a gate for the different pathological events, pinpointing the key-points where these events could be expected in the sleep process.]

[The most frequent neurological manifestations of the Acquired Immunodeficiency Syndrome- (AIDS) are Cerebral Toxoplasmosis, Primary Central Nervous System Lymphoma (PCNSL), Progressive Multifocal Leukoencephalopathy (PML) and AIDS-encephalitis (AIDS-dementia complex, multinucleated giant cell encephalitis, HIV-encephalopathy). Neurological complications usually occur in the advanced stages of the disease, and they are uncommon in the beginning as presenting illness, but may result in lifethreatening condition or in death. Rarely the disease presents as a neuropsychiatric illness in an undiagnosed AIDS patient, delaying a proper diagnosis. We present the case of a 34 years old patient treated for AIDS-related Toxoplasma-encephalitis in our department. His illness started as an acute psychosis followed by rapid mental and somatic decline, leading to death in three months. His HIV-seropositivity was not known at his admission, and the extraneural manifestations were slight. The diagnosis was established by serology, imaging methods and histopathological investigation. After presenting the medical history and results of autopsy studies of the patient we discuss the problems of the differential diagnosis, especially regarding the findings of the imaging methods.]

Sandhoff disease is a rare type of hereditary (autosomal recessive) GM2-gangliosidosis, which is caused by mutation of the HEXB gene. Disruption of the β subunit of the hexosaminidase (Hex) enzyme affects the function of both the Hex-A and Hex-B isoforms. The severity and the age of onset of the disease (infantile or classic; juvenile; adult) depends on the residual activity of the enzyme. The late-onset form is characterized by diverse symptomatology, comprising motor neuron disease, ataxia, tremor, dystonia, psychiatric symptoms and neuropathy. A 36-year-old female patient has been presenting progressive, symmetrical lower limb weakness for 9 years. Detailed neurological examination revealed mild symmetrical weakness in the hip flexors without the involvement of other muscle groups. The patellar reflex was decreased on both sides. Laboratory tests showed no relevant alteration and routine electroencephalography and brain MRI were normal. Nerve conduction studies and electromyography revealed alterations corresponding to sensory neuropathy. Muscle biopsy demonstrated signs of mild neurogenic lesion. Her younger brother (32-year-old) was observed with similar symptoms. Detailed genetic study detected a known pathogenic missense mutation and a 15,088 base pair long known pathogenic deletion in the HEXB gene (NM_000521.4:c.1417G>A; NM_000521:c.-376-5836_669+1473del; double heterozygous state). Segregation analysis and hexosaminidase enzyme assay of the family further confirmed the diagnosis of late-onset Sandhoff disease. The purpose of this case report is to draw attention to the significance of late-onset Sandhoff disease amongst disorders presenting with proximal predominant symmetric lower limb muscle weakness in adulthood.

Interest in the hippocampal formation and its role in navigation and memory arose in the second part of the 20th century, at least in part due to the curious case of Henry G. Molaison, who underwent brain surgery for intractable epilepsy. The temporal association observed between the removal of his entorhinal cortex along with a significant part of hippocampus and the developing severe memory deficit inspired scientists to focus on these regions. The subsequent discovery of the so-called place cells in the hippocampus launched the description of many other functional cell types and neuronal networks throughout the Papez-circuit that has a key role in memory processes and spatial information coding (speed, head direction, border, grid, object-vector etc). Each of these cell types has its own unique characteristics, and together they form the so-called “Brain GPS”. The aim of this short survey is to highlight for practicing neurologists the types of cells and neuronal networks that represent the anatomical substrates and physiological correlates of pathological entities affecting the limbic system, especially in the temporal lobe. For that purpose, we survey early discoveries along with the most relevant neuroscience observations from the recent literature. By this brief survey, we highlight main cell types in the hippocampal formation, and describe their roles in spatial navigation and memory processes. In recent decades, an array of new and functionally unique neuron types has been recognized in the hippocampal formation, but likely more remain to be discovered. For a better understanding of the heterogeneous presentations of neurological disorders affecting this anatomical region, insights into the constantly evolving neuroscience behind may be helpful. The public health consequences of diseases that affect memory and spatial navigation are high, and grow as the population ages, prompting scientist to focus on further exploring this brain region.

The effect of sniffing Turkish coffee on olfactory disorders in COVID-19 patients: An experimental clinical study

The current study aimed to examine the effect of sniffing Turkish coffee on the sense of smell in COVID-19 patients. This study utilized the experiment-control method. Data were collected using a patient and disease information form and the Connecticut Chemosensory Clinical Research Center (CCCRC) Test. An experimental group of patients sniffed Turkish coffee, and the coffee’s effect on the patients’ sense of smell was examined. All data were analyzed using SPSS version 25 (IBM). Of the patients in the experimental group, 25% had moderate hyposmia, 58.3% had severe hyposmia, and 16.7% had anosmia prior to sniffing Turkish coffee. After sniffing the Turkish coffee, 13.3% of these patients regained their ability to smell normally, while 18.3% had mild hyposmia, 45% had moderate hyposmia, 6.7% had severe hyposmia, and 16.7% had anosmia. There was no difference in the control group between first and second measurement. COVID-19 patients who sniffed Turkish coffee intermittently regained some of their sense of smell for one hour. Turkish coffee is cheap, fragrant, widely available, and easy to access. Therefore, results of this study suggest that it may be recommended for treating olfactory disorder in COVID-19 patients.

Short-lasting unilateral neuralgiform headache with conjunctival injection and tearing/short-lasting unilateral neuralgiform headache with cranial autonomic features (SUNCT/SUNA) is a rare severe headache. At the time of an attack, it can hinder a patient from eating and requires acute intervention. The sphenopalatine ganglion is an extracranial parasympathetic ganglion with both sensory and autonomic fibers. Sphenopalatine ganglion block has long been used in the treatment of headache, particularly when conventional methods have failed. Here, we present a patient who was resistant to intravenous lidocaine, but responded rapidly to sphenopalatine ganglion block during an acute episode of SUNCT/SUNA. 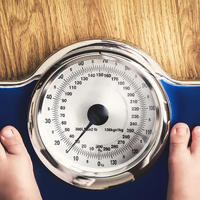 The relationship of traumatic experiences and eating disorders – therapeutical options