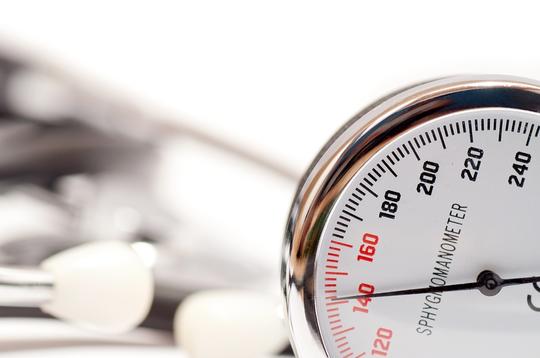 [Return of the Lost Son, or the Last Joining Together ]

[Sexually transmitted infections: whose concern they are?]

[Care of PAD (peripherial arterial disease) is one of the most negligent area of cardiovascular diseases: on one hand patients suffering from PAD are the most uncared, less educated and health-minded population (it’s enough to keep in mind the high rate of smoking and alcohol-abuse among them) in addition the number of angiologists is insufficient for the treatment of PAD. Although detection of PAD would be easy as a widely applicable, cheap screening method, the ankle-brachial index is available which is an obligatory screening investigation in general care. Therapeutic options are better and better since cilostazol was launched we have an evidence-based treatment which can solve the symptoms, slower the progression which is strongly recommended (IA recommendation) in both American and Hungarian guidelines. Cilostazol, a PDE3-inhibitor has complex pharmacological effect but contraindicated in several clinical conditions as pentoxiphylline is not totally excluded from the therapeutic arsenal of PAD. The place of antiplatelet agents is well-defined in the most recent European guidelines in the treatment of PAD. The jumping development of interventional radiology beyond medical therapy contributed a lot to prevent limb amputations in the case of early detection of PAD. ]

[The occurrence of specific forms of mood disorders is significantly higher among eminent creative persons, thus the talent and creative skills show some connections or may have common roots with mood swings. This phenomenon can be observed among composers as well. Our paper briefly summarizes several aspects of Gaetano Do­ni­zetti’s life (1797-1848), and some characteristic features of his operas. After his musical studies and initial successes Donizetti was hired by the opera impresario Domenico Bar­baja who pressed him under contract to write operas in a considerable number. Do­ni­zetti’s personal tragedy was that his wife and three children have died young. He composed more than 70 operas, wrote the librettos for some of them, had drawing skills, and a sense for theatre Gesamtkunst. His composing technique was incredibly fast, partly due to the external pressure (es­pecially by the impresario Barbaja). Beside the feverish speed (hypomania) he suffered of episodes with genuine fever, headache, and nausea. From 1845 onward full apathy, depression (occurred already earlier), and paralysis (progressiva?) developed hindering any creative power and meaningful interpersonal contact, so he was admitted to a closed mental facility. His illness was considered syphilis, but prevailing bipolar mood disorder may strongly be presumed today which is supported by early emerging creativity and hypomanic signs, transient mood swings, the composing technique, his multimodal talent, the abundance of his works (output of 3-4 operas a year), the vein (mood) streaming from the operas (’maddening scenes’ alongside lax and sparkling characters) and by certain circumstances (he was able to write opera buffas during his greatest personal tragedies). To all these com­ponents there can certainly be added an exogenous environmental pressure factor: Domenico Barbaja, the ’prince’ (and taskmaster) of opera impresarios. ]

[Chronic obstructive pulmonary disease is a very common comorbidity of hypertension and it is often unrecognised by physicians. The factors involved in the pathomechanism of both diseases should be realised when choosing treatment. Among factors, hypoxia, increased tone of sympathetic nervous system and activation of renin-angiotensin-aldosterone system should primarily be considered. Vascular wall damage and endothelial dysfunction has an important role in both conditions. The goals of treatment are elimination of risk factors, optimizing the blood pressure, the consequential prevention of cardio-cerebrovascular, renal and pulmonary damage; finally prolonging the patients’ life and improving their quality of life as well. Both hypertension and COPD significantly worsen the condition of COVID-19 patients since they increase the severity of the disease and the rate of in-patients’ and their mortality. In the treatment of hypertension among COPD and COVID-19 patients there must be emphasized the medication inhibiting of renin-angiotensin-aldosterone system, such as angiotensin-converting en­zyme inhibitors or angiotensin-II AT1 re­cep­tor antagonists. Special attention concerned the beneficial effect of mineralocorticoid receptor antagonist spironolactone. Other antihypertensive drugs (calcium channel blockers, thiazide-like diu­retics, high selectivity β1 receptor antagonists) may supplement the treatment if necessary. Long-acting β2 receptor agonists, muscarinic receptor antagonists and inhalation corticosteroids may be administered in double or triple combination also in hypertension and COPD as well. It is important to note, that statin therapy and also vitamin D3 improve the condition of COVID-19 patients.]

[Sudden death (HH) is not only associated with coronary heart disease or heart failure, but is also present in hypertension, primarily associated with left ventricular hypertrophy, systolic pressure, and age. Co-morbidities of hypertension (diabetes, coronary heart disease, heart failure and renal failure) contribute greatly to its development. HH occurs due to ventricular fibrillation, or asystole. The auther demonstrates depolarization and repolarization pathologies leading to HH and detectable on the ECG and their characteristic ECG patterns. He also emphasizes the importance of resting heart rate and heart rate variability.]

[Familial hypercholesterolemia (FH) is an inherited defect of cholesterol metabolism characterized by high plasma total cholesterol (TC) and low-density lipoprotein cholesterol (LDL-C) levels and premature cardiovascular disease risk. Prevalence of hypertension in FH is not clarified, but its appearance is independent risk factor for the development of cardiovascular disease. Therefore, optimal treatment has a major priority in this high-risk population. We aimed to investigate the lipid parameters and evaluate the presence of hypertension and its treatment characteristics in 86 newly diagnosed, untreated heterozygous FH patients (27 males, 59 females, mean age 53.6±13.4 years). We diagnosed FH by using the Dutch Lipid Clinic Network criteria. The mean TC level was 8.49±1.7 mmol/l, the mean LDL-C level was 6.11±1.5 mmol/l, the mean high-density lipoprotein cholesterol (HDL-C) level was 1.62±0.5 mmol/l, while the median lipoprotein (a) level was 301 mg/l. We diagnosed 33 FH patients (38.4%) with hypertension. Beta blockers were used in 23, ACE-inhibitors in 13, ARBs in 12, calcium channel blockers in 9, and HCT in 11 cases. 11 patients was treated with monotherapy, for 10 patients double, for 11 patients triple, while for 1 patient quadruple combined antihypertensive therapy was administered. Based on our results, hypertension might be underdiagnosed in this specific patient population. Neither the types nor the combination patterns of blood pressure lowering agents are in line with current guidelines. Up to date screening and treatment of hypertension should be worth considering in this extremely high risk population with enhanced atherosclerosis.]

[The role of sleep in the relational memory processes ]

[The fate of the pituitary graft in the human body]