[Seven cases of renal dysplasia are reviewed. Prenatal ultrasound diagnosis was based on the lack of normal renal structure. The renal tissue was replaced by cystic formations of different sizes which did not communicate with each other. In addition severe oligohyd ramnios and empty bladder was seen. Mac roscopically the amorph kidneys resembled a bunch of grapes. On cross sections, the cystic formations were numerous in both cortical and medullary tissue. Histologically typical fetal ducts were seen, and in one case hemopoetic focus could be documented. No embryonic cartilaginous tissue or single umbilical artery was found. The importance of the search for other malformations is emphasized, in order to determine the precise risk of recurrence.]

[The beta-blockers have been primary in cardiovascular pharmacology since the 1960's. Clinical experiences in the last 25 years have confirmed that the beta-adrenergic blockade is essential in treating the different forms of angina pectoris. Hypertension, hypertrophic cardiomyopathy, and all situations including acute myocardial infarction and some rhythm disturbances qualified by sympathetic overdrive. The beta-blockers have been shown in large scale clinical trials to reduce the cardio vascular morbidity and mortality associated with hypertension and post-infarction period. The possibility of using them as a combined therapy with a great number of other drugs without any difficulties, is very important. Toxicity is rare with beta-blockers and the side effect profile is generally good. There fore, there is no question that the risk/benefit ratio is weighted toward the benefit. Nevertheless there are some problems such as hemodynamic profile, and effects on lipid metabolism, etc. Research has advanced from the first generation to the third generation with direct or indirect effects on the vascular bed, producing strong vasodilation. Because of the above mentioned facts, it is essential to know correctly the pharmacological effects and precise pharmacokinetics, of the beta-blockers.]

[On the basis of a case report, the clinical picture, pathologic characteristics and possible histogenesis of ovarian strumal carcinoid are discussed. A 3 mm strumal carcinoid, i.e. thyroid tissue intimately mixed with a calcitonin-secreting neuroectodermal tumour, was found in a mature ovarian cystic teratoma of a 38 year old woman. Although the thyroid component demonstrated a typical normal light microscopic appearance, no thyroglobulin and thyroxine were found immunohistochemically. Immunoreactive calcitonin was demonstrated within the tumour cells, even in the transitional zone of the biphasic tissue elements. No amyloid was detected. The argentaffin and argyrophilic reactions were negative. The close relationship between functionally imperfect thyroid tissue and a neuroendocrine marker-secreting tumour seems to be concordant with the theory of the existence of a pluripotential stem cell capable of differentiating multidirectionally.]

[As a technique, is one of the indispensable means of supportiv therapy. Possibilities and approaches representing new trends of up to date therapy are offered by its application. Such approaches are, the nonsubstitutive application of IVIG, or exploiting the advantages of the functioning LAK and TIL cells. However, the authors also point out dangers of this technique, therefore plasma exchange should be applied only after thorough consideration. ]

[A new operative technique in the internal carotid artery surgery]

[The primary author spent one year at the Vascular Department of Nurenberg Town Hospital where an opportunity presented it self to get acquainted with a new surgical method. The eversion endarterectomy of the carotid artery has been developed by the Nurenberg team in 1985. Since that time more then 1500 operations of this type was performed. Using the experiences gained in Nurenberg, the author introduced this new method at the Budapest Cardiovascular Surgery Clinic as well, and from January 1, 1991 until June 30, 1992, 213 operations were performed. Concerning short term results the new method is acceptable compared to the traditional methods. Owing to the method being a new one, long term results can only be read about from 2 authors. After a five year postoperative period restenosis of 1,3 percent was found after 212 operations by Kieny and after 105 operations, a 1.9 percent was reported by Kasprzak. These results seem to be encouraging if they are compared to the 10–25% restenosis rate of traditional operations. ] 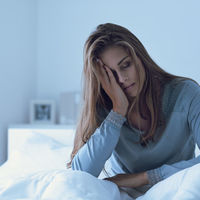 [Student government at the SOTE]

[The state of Hungarian medical literature in the 19th century]

[The advent of computers in healthcare Part I]