[Epidemiology of diabetes mellitus and diabetes-related eye complications in Hungary] 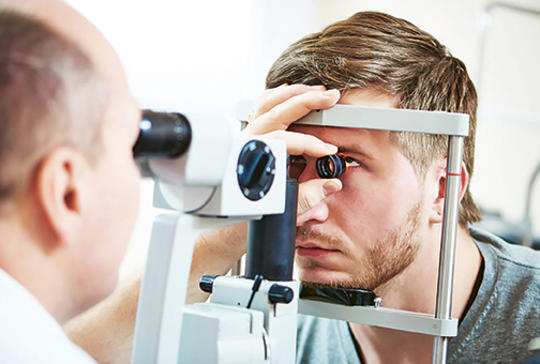 [Guidelines of diagnosing and treating hypertension play pre-eminent role in maintaining health in our World. Based on reliable estimates we have to take in ac­count more than 1.6 billion individuals suffering from hypertension by 2025. Ad­he­rence to the guidelines is a vital issue for all high blood pressure patients, however, also the economically developed countries have a disappointing share of well-controlled hypertension. Unfortunately, on the 5 continents of the world, the guidelines provide different or very different recommendations for measuring blood pressure, making diagnosis, estimating cardiovascular risk, and setting a target value, although an attempt has been made in the recent years for developing “consensus” in specific issues. This study presents the different opinions and resolutions by analysing the ACC/AHA, ESC/ESH, NICE, Canadian and Australian guidelines. WHO and ISH resolutions were also concerned. We describe the mutual ad­justment in theoretical and practical terms of the guidelines and the consensus that have already been estab­lished.]

[Respect the patient – that is the most important]

[Jus gladii of the university]

[Atherosclerosis: an ancient process in a new interpretation]

[The progress of atherosclerosis starts in childhood and lasts until the body dies. Most cardiovascular diseases and deaths can be traced back to atherosclerotic vascular changes. The process is thousands of years old, but its complex pathophysiology becomes recognized and realised only nowadays. Based on the evidence available today, atherosclerosis is such a chronic inflammatory disease of large- and medium-sized arteries, which is characterized by lipoproteins and immune cells transformed through oxidative and other changes and subendothelial accumulation of extracellular matrix. Innate and adaptive immunity provide a complex regulating system of atherogenesis, which while directing specifically the pro-atherogenic inflammatory and atheroprotective anti-inflammatory processes intensify plaque progression or even stabilize them respectively. With our growing knowledge about the pathology of atherogenesis, we can further improve the identification of cardiovascular risk conditions and apply more personalized therapeutic strategies.]

[The role of anaerobic bacteria in brain abscesses: a literature review]

[Brain abscesses are potentially serious, life-threatening diseases that pose a complex diagnostic challenge not only to neurosurgeons but also to clinical microbiologists, neurologists, psychiatrists, infectologists. The etiology of brain abscess is usually polymicrobial, most commonly involving a variety of aerobic and obligate anaerobic bacteria. Epidemiological studies on the anaerobic etiology of brain abscesses are common between the time period of 1960s and 1980s, but today there are very few new publications on the subject. The role of anaerobic bacteria in this disease was presumably underdiagnosed for a very long time, as many laboratories did not have the adequate laboratory capabilities for their cultivation and identification. The purpose of this review is to summarize the available literature on the etiology of obligate anaerobic bacteria in brain abscesses, including their prevalence and current therapeutic recommendations.]

[Epidemiology, cost and economic impact of cerebral palsy in Hungary]

[Objective - The purpose of our communication was to determine the total cost of cerebral paretic patients in Hungary between 0 and 18 years and to assess their impact on the national budget. Methods - Based on the data of Borsod county we calculated the CP characteristics. The cost of CP was determined by routine care of individuals. Lost Parental Income and Tax were calculated on the basis of average earnings. The ratio of GDP, Health and Social Budget and Health Budget to CP is based on CP annual average cost and frequency. We have developed a repeatable computational model. Results - Of the risk groups, premature birth (30.97%), low birth weight (29.64%), perinatal asphyxia (19.47%) were the most common. Source is unknown of 37.61% of the cases. CP prevalence was 2.1‰. The two-sided (59.7%) and the one-sided (19.0%) spastic pareses dominated. The most serious form is the two-sided spastic paresis (42.5% GMFCS 3-5 degrees). Epilepsy was 22.0%, incontinence was 27%, mental involvement was 46%. Care for one child up to 18 years of age costs an average of 73 million HUF (€ 251,724). The lost family income was 27.36 million HUF (€ 94,345), and lost tax and health care contributions were 14.46 million HUF (€ 49,862). Additionally, 0.525% of the GDP, 0.88% of the full health and social budget and 1.83% of direct medical costs were spent for CP families. Conclusion - The cost of CP disease is significant. Costs can be reduced by improving primary prevention. From the perspective of the family and government, it is better to care for families so they can take care of their disabled children.]

[Objective - Analyzing the medical record data of patients with the main symptom of vertigo in “Kaposi Mór” Hospital’s Emergency Department. Method - Retrospective evaluation of patients’s medical history with vertigo related diagnoses according to BNO classification. Results - In the year of 2010, 18 000 patients were presented to ED. In 471 cases the symptoms were vertigo related which makes up 3% of the total. Almost half, 46% of these patients were brought in by ambulance medical car. The ratio of women was twice as high as of the men. One fifth, 19% of patients with vertigo gained admission to the ward and 81% of them were discharged in 24 hours. According to the interviews, 4 types of vertigo have been identified: “whirling style” vertigo in 37% of the cases, dizziness in 33% of the cases, presyncope in 12% and „light headedness” in 9%. The remaining 9% couldn’t be classified. Conclusion - Vertigo is common presenting symptom in emergency department, however it rarely indicates severe condition. The diagnostic value of vertigo classification based on history and brain CT result in identifying the severity of the background condition is questionable. We found that in recognizing the cases which need prompt intervention, thorough neurological examination and the clarification of the vertigo’s circumstances proved to be helpful.]

[In the last 30-35 years, dialysis care in Hungary has been a major development: both the incidence and prevalence of patients have increased year by year. Over the last decade, growth has slowed and is becoming more and more stabilized (similar trends can be seen in dialysis statistics in developed countries). Behind the dialysis indication the acute kidney injury (AKI) is more common than the end-stage renal disease (ESRD). The latter incidence has been stable for last 6 years (200-230 patient/million population). The annual average growth rate of prevalent dialysis patients was only 0.9%/year in the last 6 years. Among prevalent dialysis patients, the proportion of diabetic patients has remained unchanged for 10 years (26-27%), but those have increased who had hypertension nephropahty. The average age of incident and prevalent dialyzed patients has decreased gradually over the past 8 years (between 2009 and 2017 incident rate was from 67.1 to 63.0 years, prevalent rate was from 65.6 to 61.8 years). Unfortunately, just over half of the patients who dialyzed due to chronic kidney disease (CKD) have reached dialysis day 91. This is due to the high proportion of patient who was in urgent need of dialysis. In chronic hemodialysis (HD) program, the proportion of patients treated with arterovenous fistulas (AVF) decreases, while the rate of central venous catheter (CVC) users increases. The Hungarian peritoneal dialysis program in Europe is very good. The number of prevalent patients receiving renal replaement therapy (RRT) in Hungary in 2017 was 1005 for 1 million inhabitants.]

[Elderly patients with end-stage renal disease, its epidemiology and questions regarding it in Hungary]

[Dear Reader! Greetings to the 30th anniversary of founding the LAM]

[Oral symptoms in the early diagnosis of leukaemias]