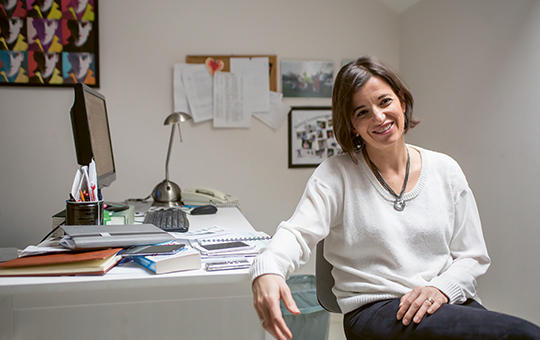 [In pregnancy complicated with diabetes, treatment of hyperglycaemia is of fundamental importance during delivery in order to improve the outcome parameters of both the mother and the neonate. This is particularly important in the case of mothers with type 1 diabetes and of all mothers who require insulin treatment during their pregnancy. The use of antenatal steroids for women at risk of pre-term birth further complicates the treatment of hyperglycaemia in the period immediately before delivery and requires the appropriate change of insulin therapy. The requirement of nil per os in the delivery period necessitates proper fluid, glucose and insulin treatment in the pre-delivery hours. After surgical delivery the patients may also need infusion treatment until the first meal. As there is no unified guideline for the peripartum management of diabetes, the author re­views the international literature on the internal medicine issues concerning the peripartum treatment of pregnant women with diabetes. This study reviews the characteristics of insulin treatment of women with various types of diabetes before, du­ring and di­rect­ly after delivery. It presents a dosing schedule for women who needed an antenatal steroid treatment in the period before delivery due to premature birth for the purpose of lung maturation. The study also addresses the application and programming of pe­ripartum blood glucose tests, continuous interstitial glucose monitoring (CGM) and insulin pump treatment (CSII).]

[Clinical implication of arterial stiffness in the elderly]

[Hypertension prevalence and cardiovascular risk gradually with age. However this aging process seems to take a more rapid course in some individuals, as reflected in the Early Vascular Aging (EVA) syndrome. Age and high blood pressure are the two main determinants of arterial stiffness which is the core of EVA: the impaired elasticity of the media layer of large elastic arteries (mainly the aorta), a process that can be measured by pulse wave velocity. In elderly hyperten­sives, large arteries stiffen and systolic and pulse pressures increase, due to wave reflections. Arterial stiffness has predictive value for future CV e.g. events, coronary artery dis­ease, stroke, and vascular dementia and even all-cause mortality. The concepts of EVA (Early Vascular Aging) and SUPERNOVA (Super­normal Vascular Aging, the opposite phenotype of EVA) help to understand why early target-organ damages develop in some individuals and why others remain much more “younger” than their chronologic age. New drugs are being developed to treat EVA when lifestyle intervention and conven­tional risk factor controlling drugs are not enough.]

[The Covid-19 pandemic has swept across the world, causing a never seen burden on our health care systems and challenging biomedical research to give appropriate answers to the epidemic. Modern, one-particle biophysical methods ensure special insight to the characteristics of the cause of the epidemic, the SARS-CoV-2. The virus carries a crown-like layer of spike proteins, which plays a fundamental role in the process of infection. The topography structure and mechanical characteristics of native virions have been determined by atomic force microscopy. Spike proteins form a dynamic surface due to their flexibility and motility. Virions are surprisingly resistant to mechanical compression, and their structure is able to recover after mechanical perturbation. The global structure of the virus is resistant to heat effect, but spike proteins dissociate from the surface with higher temperatures. The mechanical and dynamic characteristics of SARS-CoV-2 contribute to its virulence. The applied one-particle biophysical methods play an important role in understanding and fighting with the more common virus infections. ]

[Lower extremity arterial disease, in addition to the worsening life quality due to the concerning complaints and the rist of amputation, entails high risk of cardiovascular morbidity and mortality. The prevalence of this disease in the Hungarian po­pulation is close to 600 000 people, based on an extrapolation of the international epi­demiological data. In the recent years two target studies started (i) to analyse the performance of screening for lower extremity arterial disease in a representative hypertensive population (ÉRV Program), and (ii) to analyse the data of patients in the whole Hungarian health insurance population with lower ext­remity amputation or revascularization (HUNVASCDATA study). The present review summarizes the outcomes of these two studies. Data analysis on national sample bears high importance, since any improvement in vascular care in Hungary rests entirely on this information. ]

[In Hungary, the systematic waiting-list reduction program (“X” financing code) started in 2015 aiming to significantly reduce the waiting times of most relevant waiting lists services. The aim of this study was to evaluate the utilization and the territorial distribution of cases financed under the “X-code” between 2015 and 2018. We designed a retrospective and quantitative research on data of the Hungarian National Health Insurance Fund. Relevant data contained all publicly financed X-code cases between 2015 and 2018. Since 2015, this code covered the financing of services related to the waiting list reduction program. Processed data informed about patients (age, sex, residency at county level), involved health care facilities (name, type and location among the counties) as well as all provided medical interventions. In the study period 27,716 cases (mean age 68.05 years) were financed, the majority of patients (63.1%) was female. Case numbers per 10,000 inhabitants were the highest in Counties Baranya (84.63), Somogy (60.17), and Zala (58.89). 71.6% of patients received primary care in their residence county. The most frequent intervention was cataract surgery. During Hungary’s waiting list reduction program high number of patients received medical services. We found significant inequalities in utilization of waiting lists interventions and in the institutional engagement.]

[The role of sleep in the relational memory processes ]

[The rapidly spreading SARS-CoV2 respiratory virus has evoked an epidemic with serious aftermath around the world. In addition to the health effects, the global economic damage is actually unpredictable. At the same time, the pandemic has launched a series of unprecedented collaborative scientific research, including the development of vaccines. This study summarizes up-to-date information on vaccines, immune memory, and some emerging clinical effects.]

A variant of Guillain-Barre syndrome after SARS-CoV-2 vaccination: AMSAN

Introduction - Coronavirus disease 2019 (COVID-19) is a respiratory infection that has rapidly become a global pandemic and vaccines against SARS-CoV-2 have been developed with great success. In this article, we would like to present a patient who developed Guillain-Barré syndrome (GBS), which is a serious complication after receiving the inactive SARS-CoV-2 vaccine (CoronaVac). Case report – A 76-year-old male patient presented to the emergency department with nine days of progressive limb weakness. Two weeks prior to admission, he received the second dose of CoronaVac vaccine. Motor examination revealed decreased extremity strength with 3/5 in the lower extremities versus 4/5 in the upper extremities. Deep tendon reflexes were absent in all four extremities. Nerve conduction studies showed predominantly reduced amplitude in both motor and sensory nerves, consistent with AMSAN (acute motor and sensory axonal neuropathy). Conclusion - Clinicians should be aware of the neuro­logical complications or other side effects associated with COVID-19 vaccination so that early treatment can be an option.

Vaccines against the severe acute respiratory syndrome coronavirus 2 (SARS-CoV-2) have been rapidly developed to prevent coronavirus disease 2019 (COVID-19) pandemic. There is increasing safety concerns regarding COVID-19 vaccines. We report a 78-year old woman who was presented with tetraparesis, paresthesias of bilateral upper extremities, and urinary retention of one-day duration. Three weeks before these symptoms, she was vaccinated with CoronaVAC vaccine (Sinovac Life Sciences, China). Spine magnetic resonance imaging showed longitudinally extensive transverse myelitis (TM) from the C1 to the T3 spinal cord segment. An extensive diagnostic workup was performed to exclude other possible causes of TM. We suggest that longitudinally extensive TM may be associated with COVID-19 vaccination in this case. To the best of our knowledge, this is the first report of longitudinally extensive TM developing after CoronaVac vaccination. Clinicians should be aware of neurological symptoms after vaccination of COVID-19.

Changing glaucoma care in Hungary: is technical development accompanied by the improvement of glaucoma management?