[The selective imidazoline I agonist rilmenidine in the combined antihypertensive therapy]

[The rilmenidin as a imidazoline agonist drug strongly decreases the central simpathetic activity, renine release and the RAS activity. Because of these advantageous properties the peripheral vascular resistance falls and the blood pressure decreases. It is very useful especially in stress induced hypertension. The antihypertensive effects of ACE inhibitors and calciumantagonists are increased by rilmenidine. This drug decreases the inzuline resistance, it has a positive effect on the carbohydrate and fat metabolism, because it is useful as a complementary therapy in metabolic syndrome and of type II diabetes mellitus.]

[Antihipertensive therapy in the complex treatment of diabetes mellitus, obesity and lipid metabolism disorder was discussed, which also means the fight against the emergence of cardiometabolic syndrome and chronic renal failure as well. Angiotensin converting enzyme (ACE) inhibitors, angiotensin receptor antagonists (ARBs), calcium channel blockers (CCB), b-blockers and thiazid diuretics with “A” level of evidence reduce cardiovascular morbidity and mortality. The main effect of CCBs is effective antihipertensive vasodilatation, which is the basis of anti-ischaemic, anti-anginal and antihipertensive agents for use in everyday practice. Based on the database of the National Health Insurance, we analyzed changes in the turnover of CCBs between 2007 and 2013 the examined period among CCBs ordered with TB support amlodipin is the most frequently used active ingredient. In December 2007 almost 75% of the prescriptions was amlodipin. That increased to 87,12% by December 2013. CCBs ordered in monotherapy not changed in the examined period, while combinations increased continuously Among CCBs between 2007 and 2013 the fix dosage combinations available with TB support are: statins (atorvastatin + amlodipin), ACE inhibitors (ramipril + felodipin, lisinopril + amlodipin, perindopril + amlodipin, ramipril + amlodipin, verapamil + trandolapril) and b-blockers (metoprolol + felodipin). Using the assigned CCB monotherapy decreased steadily during the study period, while the use of combination formulations induced gradually increased. At the end of the examined seven year period more than 40% of the prescribed boxes were CCB in fix combination. Use of the combination of amlodipin + perindopril increased while amlodipin + lisinopril continuously reduced. The use of the combination of felodipin + ramipril also decreased.]

[Monitoring of effectiveness of ramipril-amlodipine fixed combination in metabolic syndrome, a non-interventional trial (The RAMSES Study)]

[Hypertension is a cardiovascular risk factor. The 6th Cardiovascular Consensus Conference has recommended metabolic syndrome in high-risk category. In diabetic patients hypertension is observed in most cases. Aims: Monitoring the effectiveness and safety of the fix combination of ra - mipril/amlodipine therapy in patients with metabolic syndrome suffering from mild or moderate hypertension despite current antihypertensive treatment. Patients and methods: Open, prospective, phase IV clinical observational study, which involved known metabolic syndrome patients (age over 18 years) with mild or mode - rate hypertension. Ramipril/amlodipine fixed combination (5/5, 5/10, 10/5 or, 10/10 mg) were administered or titrated in 3 visits, during the 6 months of trial period. The doses of the fixed combination drugs were determined individually during the visits by physicians involved in the study. The target blood pressure value was 140/90 mmHg and <140/85 mmHg in diabetic patients. Results: 63% of total patient (9,052) have fulfilled the protocol during the four month of trial (5,707 patients). The age of patients was 61.3±11.97 (mean±SD) years, 2.736 (47.9%) men and 2,971 (52.1%) women. 74.0% of total metabolic patients has reached target blood pressure at the end of 6th month (primary end point). The blood pressure has decreased significantly from 158.7±8.97/91.9±7.30 mmHg (1. visit) to 131.6±7.73/79.8±12.20 mmHg (-27.1±10.43 /12.1±13.38 mmHg) to the 6th month (3. visit) (p<0.0001). Patients with hypertension in metabolic syndrome have tolerated the various fixed combination of ramipril/amlodipine well. ]

[Antihypertensives: Should They be Taken in the Morning or in the Evening? ]

[Central blood pressure, that is, blood pressure (BP) in the ascending aorta, is considered an important physiologic parameter as it reflects the hemodynamic relationship between the heart and the aorta, both in systole and in diastole. In the systolic phase, central BP represents the pressure against which the left ventricle has to eject blood during systolic contraction. Thus, central arterial pressure reflects both left ventricular stroke volume and afterload, defines cardiac work, and contributes to the development of left ventricular hypertrophy in hypertensive individuals. In the diastolic phase, central BP is a key determinant of the blood flow delivery to the myocardium. Despite the increasing knowledge regarding the importance of central blood pressure and the availability of non-invasive measurement technics it couldn’t spread in everyday clinical practice and rarely or not mentioned in the therapeutic guidelines. The different antihypertensiv drugs significantly differs based on their effects on central blood pressure particularly β-blockers. The so-called ’classical’ β-blockers have un - favourable effect on central blood pressure due to increasing peripherial vascular resistance. In the opposit the vasodilating β-blockers including nebivolol markedly decrease central blood pressure which could explain their beneficial effects.]

[Chronic obstructive pulmonary disease is a very common comorbidity of hypertension and it is often unrecognised by physicians. The factors involved in the pathomechanism of both diseases should be realised when choosing treatment. Among factors, hypoxia, increased tone of sympathetic nervous system and activation of renin-angiotensin-aldosterone system should primarily be considered. Vascular wall damage and endothelial dysfunction has an important role in both conditions. The goals of treatment are elimination of risk factors, optimizing the blood pressure, the consequential prevention of cardio-cerebrovascular, renal and pulmonary damage; finally prolonging the patients’ life and improving their quality of life as well. Both hypertension and COPD significantly worsen the condition of COVID-19 patients since they increase the severity of the disease and the rate of in-patients’ and their mortality. In the treatment of hypertension among COPD and COVID-19 patients there must be emphasized the medication inhibiting of renin-angiotensin-aldosterone system, such as angiotensin-converting en­zyme inhibitors or angiotensin-II AT1 re­cep­tor antagonists. Special attention concerned the beneficial effect of mineralocorticoid receptor antagonist spironolactone. Other antihypertensive drugs (calcium channel blockers, thiazide-like diu­retics, high selectivity β1 receptor antagonists) may supplement the treatment if necessary. Long-acting β2 receptor agonists, muscarinic receptor antagonists and inhalation corticosteroids may be administered in double or triple combination also in hypertension and COPD as well. It is important to note, that statin therapy and also vitamin D3 improve the condition of COVID-19 patients.] 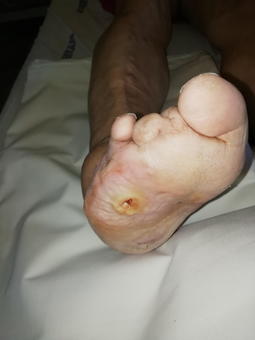 Chronic stress in the development of essential hypertension. Role of rilmenidine in the treatment of stress induced hypertension

Serotoninergic drugs for weight loss. A review of efficacy and cardiovascular safety of lorcaserin