[Ceftazidime - over ten years in the clinical practice]

[This review discusses the principal features of ceftazidime based on the ten years experience since the introduction of the drug in the clinical practice: its broad antibacterial spectrum including Pseudomonas aeruginosa, favourable pharmacokinetics, wide range of indications, excellent clinical efficacy using empiric treatment or elective therapy and safety profile. ]

[What to expect of PTCA today?]

[This article is a review of the changing indications for percutaneous coronary angioplasty during the last decade. The role of revascularisation and especially of PTCA in the treatment of coronary heart disease is explained. Coronarography is the most important morphol gic diagnostic tool for coronary artery disease. The importance of the topic of this article is enhanced by the position of Hungary at the top of morbidity and mortality statistics, and by the infrequency of revascularisation procedures, especially PTCA. PTCA proved to be a real alternative to a surgical procedure in about half of the patients indicated for revascularisation. PTCA is less invasive, requires less time for recovery and is less expensive compared to bypass surgery. This article should draw attention of the family practitioner to the importance of this method. ]

[Circulatory failure worsened to the point of discontinuation in 23 patients in the diuretic + ACE inhibitor + placebo only group, compared to only four patients in the digoxin group (p<0.001). The relative odds of worsening circulatory failure with placebo compared with digoxin was 5.9. All measured parameters of functional capacity (maximal exercise capacity, submaximal exercise capacity, NYHA grade) worsened with digoxin withdrawal. Similarly, quality of life (p=0.04), ejection fraction (p=0.001), heart rate (p<0.001) and body weight (p<0.001) decreased with digoxin instead of placebo.]

[The circulatory changes and the characteristics of blood flow in certain uterine vessels can be detected by transvaginal color Doppler in early pregnancy. The uterine circulation of 53 patients with normal intrauterine pregnancies at 4–14 weeks of gestation and 104 non pregnant patients were investigated. The main uterine artery, arcuated and spiral arteries were demonstrated by color Doppler in all patients in early pregnancy and characteristic flow velocity waveforms were obtained in 94% of the cases. The impedance to flow in the main uterine artery was significantly lower and the mean velocity was significantly higher in early pregnancy than in non pregnant patients. The indices of impedance to flow decreased with gestation in the uterine branches and there was a progressive fall in these indices from the uterine artery to the spiral arteries. Mean blood velocity in the uterine artery increased with gestation. The hemodynamical changes which are proportional to gestation age give an indirect evidence of the adequate maternal blood supply for the growing embryo.]

[Every Hungarian citizen has the right to the highest quality of health care free of charge.This was the basic tenet of the socialist health care system, which, with its hypocrisy and lies, made all reform efforts hopeless from the start. Worse still, for successive generations of doctors, unreality became the defining feature, and the only protection against its demoralising effects was the closeness of a few worthy individuals, their professionalism and human decency. ]

[The combination of a beta-lactam and an aminoglycoside antibiotic is widely accepted in the treatment of severe nosocomial infections. In our study we compared two antibiotic regimens: the clinical efficacy of ceftriaxon + netilmicin once-a-day vs ceftazidim + netilmicin twice a-day. Patients: suffering from severe nosocomial infections and characterized by APACHE II, sepsis and injury scores. Dosage: Group | (n=30) – ceftriaxon 2 g iv. + netilmicin (2–7 mg/kg/bw) in one single dose. Group II (n=30) – ceftazidime 2 g bid + netilmicin (2–7 mg/kg/bw) divided in two doses. Laboratory parameters, netilmicin concentrations and cochlear function were checked regularly. 70% of pneumonias were cured or improved, while in the other infections (urinary tract, abdominal, soft tissue) the response rate was 90%. The lowest response rates were observed in Pseudomonas infections in both groups. Response rate in bacteremia was slightly higher in Group I. (5/7 vs 4/8). Four of 7 patients with Staphaureus infections failed to respond in Group II. Both methods of netilmicin administration proved to be safe. Both antibiotic regimens are effective in the treatment of severe nosocomial infections, however once-a-day administration is more convenient for the patients and saves cost.]

[BACKGROUND - Intermittent or chronic pulmonary infections caused by Pseudo­monas aeruginosa (Pa) deteriorate clinical status and worsen lung function in patients with cystic fibrosis (CF). The prognosis of the disease and life expectancy of patients are substantially dependent on lung infections and inflammation; therefore the primary goal of the treatment is the early termination of the infection. PATIENTS AND METHODS - Efficacy of tobramycin (TOBI® 300 mg/5 mL solution for inhalation, henceforth TOBI®) inhalation in Pa pulmonary infections was studied in a non-interventional, observational, open-label, single-arm trial in subjects with CF. Fifty-three patients aged six to 31 years (averaged 15.8 years) were enrolled into the study. Three treatment cycles of TOBI® inhalation (28 days on drug, 28 days off drug) plus 6 months observational period were evaluated. Primary endpoint was changing in the predictive values of forced expiratory volume in 1 sec (FEV1) compared to the initial values after three cycles of the treatment. Secondary endpoints were changing in the FEV1 predictive values at the end of the complete study compared to the initial values; ratios of patients with decreased density of originally Pa-positive result of sputum culture; as well as safety and tolerability of the TOBI® treatment. RESULTS - FEV1 and FEV1% results were unchanged comparing to the initial values at the end of the treatment and after the observational period in the whole study population. However, sputum cultures became negative in 47.2% of all subjects as a result of the treatment, and the FEV1 values were gradually increased in these patients: after the third treatment cycle plus 160 mL, and at the end of the study plus 110 mL comparing to the initial values. Similar considerable increase was detected in the predictive FEV1% in this sub-group: after the first cycle plus 5.2%, at the end of third cycle plus 7%, after the observational period above 3.8% considering the starting results. CONCLUSIONS - TOBI® inhalation proved to be effective in improvement of lung function results and eradication of infection in our patients with Pa positive CF. The treatment was well tolerated and safe.]

[The complex interactions between microorganisms and humans include the well known, traditional infectious diseases and also the symbiotic relationship with the human endogenous normal flora. Forty years ago everybody was convinced that medicine would soon be able to eradicate most of the infectious diseases. Perception of victory over infectious diseases has been blunted in recent years by nosocomial infections and by the new and re-emerging diseases. The spectrum of infectious diseases is expanding and many of those once thought conquered are increasing in numbers. Moreover, the problems of infection are present in all aspects of medicine and with the field turning more and more complex its challenge for practitioners has become increasingly demanding. It is now clear, that at the dawn of the new millennium infectious disease remains the number one killer in the world. ]

[Cephalosporins in the nineties]

[The cephalosporin group is the largest and most widely used family of antibiotics in the nineties. According to their antimicrobial activity, the cephalosporin derivatives are classified as three generations; in Hungary seven parenteral and three oral compounds are available, while some newer ones are under registration. The chemistry and antimicrobial spectra of the cephalosporins are presented, as well as the main problems of bacterial resistance. Pharmacokinetics, adverse effects, and clinical indications of the individual compounds are discussed. The importance of critical use is emphasized.]

[INTRODUCTION - The antibiotic sensitivity of Pseudomonas aeruginosa isolates in nosocomial infections was determined in a prospective multicenter study in Hungary. METHODS - The sensitivity of 441 nonduplicated Pseudomonas aeruginosa isolates were determined by E-test methodology. Antibiotic sensitivities were determined according to the NCCLS standard. RESULTS - The sensitivity of isolates decreased compared to the results of 2000 surveillance data (meropenem 83 vs 76%, imipenem 82 vs 67%, ceftazidime 80,2 vs 78%, piperacillin/tazobactam 86.3 vs 83%, amikacin 88.2 vs 79%, ciprofloxacin 75,9 vs 68%). The highest resistance rates were detected at the intensive care units and in case of isolates from bloodstream infections. CONCLUSIONS - The antibiotic sensitivity of Pseudomonas aeruginosa isolates decreased in the last three years and the high resistance rates detected in intensive care units and of invasive strains are of special concern. For effective therapy antibiotics should be used in high doses and betalactams given in prolonged infusions might be more efficacious than administered in bolus. In case of probable Pseudomonas infections the use of two effective antipseudomonas agents is recommended. Prudent use of the antibiotics and effective infection control are needed to prevent the further loss of activity of these antimicrobial agents.] 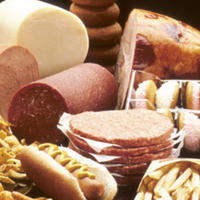 Treatment of hypercholesterolemia in the elderly