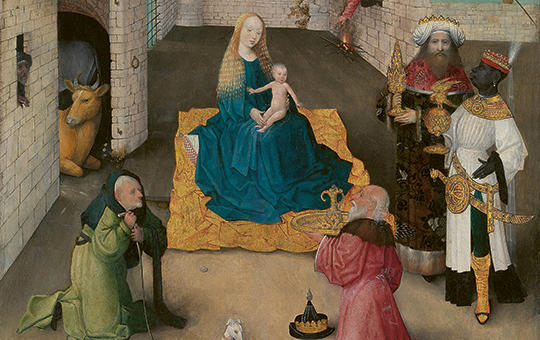 [Inadequat treatment of postoperative pain may have several adverse consequences. Its effective and efficient management requires regular pain assessments with valid and re­liable pain assessment tools. The main features of unidimensional pain assessment scales were discussed in our previous paper. Their most important disadvantage is that they measure only the pain intensity, which did not necessarily provide sufficient and re­liable basis for clinical decision making. The main goal of this paper is to review multi­dimensional measurement tools for assessment of postoperative pain, their main components, and applications based on summary of the relevant literature. While using the PICO (population, intervention, control, and outcomes) technique of systematic literature research, we identified 396 accessible and evaluable articles in total, from which we summarize the results of the most important 41 English and 4 Hungarian publications. Among the multi­dimensional pain assessment tools we discussed thoroughly the American Pain So­ciety Pa­tient Outcome Questionnaire (APS-POQ-R), the Swedish Strategic and Clinical Quality Indicators in Postoperative Pain Management (SCQIPP) questionnaire, and the characteristics of the patient outcome questionnaire of the German Quality Im­provement in Postoperative Pain Mana­ge­ment Project (QUIPS). Contrasted to unidimensional scales, multidimensional measurement tools do not evaluate only the intensity of pain, but its other dimensions, and psychosocial aspects. Thus they give a more accurate picture of its nature, however, their application of specific scales requires more time and diligence, and the scope of patients is more restricted. Consequently, unidimensional scales are more suitable for supporting the clinical practice, in cases where the multidimensional questionnaires cannot be used. In contrast, whenever the circumstances permit, multidimensional scales should be used, especially for quality improvement and research purposes.]

[It is no exaggeration to say that there is a paradigm shift in the diabetes care. Since 2015, the driving force behind are primarily the widely spreading sensor technologies instead of the new insulin products and treatment regimens. The rapidly spreading sensor technologies are applied in more and more countries financially supported in type 1 diabetes since 2015. The use of Continuous Glucose Monitoring (CGM, tissue glucose sensor, simplified as sensor), which includes both real-time CGM (RT-CGM) and intermittently scanned CGM (isCGM), has grown rapidly over the past few years by improving sensor accuracy, greater convenience and ease of use, and expanding support of reimbursement. Numerous studies have demonstrated the significant clinical benefits of using CGM in diabetic patients, regardless of the type of insulin treatment. In this summary, we review the practical aspects of glucose monitoring, the optimal frequency of monitoring, the effectiveness, re­liability, and role of continuous glucose mo­­nitoring systems.]

[Spinal muscular atrophy (SMA) is a rare autosomal recessive, progressive neuromuscular disorder leading to severe proximal muscle weakness and atrophy. The spectrum of dis­ease severity ranges from early onset severe form to the slowly progressive adult-onset type. Milder and adult forms of SMA are underdiagnosed. Due to understanding the genetic background of SMA, an increasing number of disease-modifying treatment options have become available in recent years, responsible for the modification of the natural course of the disease. Updated consensus statement for standard of care is necessary. Besides the motor function alterations, health-related quality of life measurements are highlighted for estimating the impact of SMA, and the effectiveness of specific the­rapies.]

[The COVID-19 pandemic increased the incidence of many mental disorders inclusive that of eating disorders as it was realised in case of anorexia nervosa, bulimia nervosa, and other eating disorders. As a result, eating disorder symptoms were worsening and the relapse rate became higher. In the back­ground the following factors may have played an important role: change in the food availability, increase of fearing weight gain, the impact of social media, some special webpages became more important in the light of social isolation, social comparison became more pronounced, exercise limitations, negative effects of stressful life events as the increase of family conflicts. The mental health consequences of pandemic highlight the importance of psychoeducation, primary and secondary prevention in the field of eating behaviours as well. ]

[Pieter Brueghel the Elder (1525/28-1569), also known as 'Peasant Brueghel', was a pioneer in the history of both landscape and life painting, which became a genre in its own right in the 16th century. His art, rooted in the Christian humanist spirit of his time, but with many innovations in form and content, represents a transition between Hieronymus Bosch and the Dutch realists of the 17th century.]

[The symbolic characters of the Seven Deadly Sins can be traced from time to time in the cultural history of human mankind, being directly specified in certain artistic products. Such are, among others, the painting entitled „The Seven Deadly Sins and the Four Last Things” by Hieronymus Bosch and the poems Divina Commedia and The Faerie Queene by Dante Alighieri and Edmund Spenser, respectively. However, there are several paragraphs referring to these behaviours of the Seven Deadly Sins in the Bible and in the dramas of William Shakespeare. The objective of the present review is to propose that dysfunctions in the central serotonergic system might be involved in the the neurobiology of these ’sinful’ behaviour patterns. Evidences indicate that behaviour traits such as Accidia (Sloth), Luxuria (Lust, Lechery), Superbia (Pride), Ira (Wrath, Anger), Invidia (Envy), Avaritia (Greed, Avarice), and Gula (Gluttony) can relate to the functional alterations of serotonin in the brain. Results of biochemical and molecular genetic (polymorphism) studies on the human serotonergic system (receptor, transporter, enzyme), findings of functional imaging techniques, effects of depletion (or supplementation) of the serotonin precursor tryptophan, data of challenge probe investigations directed to testing central serotonergic functions, alterations in the peripheral serotonin measures (platelet), and the changes in the CSF 5-hydroxy-indoleacetic acid content indicate such serotonergic involvement. Furthermore, results of animal experiments on behaviour change (aggressive, dominant or submissive, appetite, alcohol preference) attributed to serotonin status modification and the clinically evidenced therapeutic efficacy of pharmacological interventions, based on the modulation and perturbation of the serotonergic system (e.g. selective serotonin reuptake inhibitors), in treating the ’sinful’ behaviour forms and analogous pathological states reaching the severity of psychiatric disorders (depression, sexual disturbances, social phobia, impulsivity-aggression, obsessive-compulsive and related spectrum disorders, paranoid jealousy, eating disorders) all strongly suggest the possibility that brain serotonin dysfunctions might underlie the neurophysiology of the Seven Deadly Sins.]