[Action on Secondary Prevention through Intervention to Reduce Events]

[The microbiology pharmacokinetics and clinical use of carbapenems]

[ Imipenem and meropenem the two currently available carbapenems inhibit the synthesis of the cell wall similarly to other bactericidal B-lactam antimicrobials. These agents have excellent activity against the vast majority of aerobic and anaerobic Gram-positive and Gram-negative organisms. In addition to other B-lactam resistant microbes (e.g. Chlamydia, Mycoplasma) only Stenotrophomonas maltophilia and Enterococcus faecium bacteria are naturally resistant to carbapenems. Carbapenems are extremely stable compounds against nearly all types of B-lactamases: from the penicillinase of Staphylococcus to Class A and Class B types of B-lactamase enzymes of Gram-negative bacteria. Secondary resistance against carbapenems was described in case of the following bacteria: penicilline resistant S. pneumoniae, methicilline resistant Staphylococcus aureus, Pseudomonas aeruginosa, Enterobacter cloaceae, less frequently Enterobacter aerogenes, Serratia mercescens, Klebsiella pneumoniae and Acinetobacter baumannii. The pharmacokinetic profile of imipenem and meropenem are very similar. Carbapenems are valuable as empirical monotherapy due to their broad spectrum of antimicrobial activity and ß lactamase stability in the treatment of severe nosocomial infections, lower respiratory tract or intraabdominal infections and febrile neutropenia. The use of imipenem in central nervous system infection is not approved due to the high incidence of seizures. ]

[Chromosomal mosaicism is defined as the presence of two or more cell lines having different chromosomal complements in the same individual. In the conceptus the extent of the mosaicism depends on the timing of chromosomal mutation occurance, the cell lineage affected, and the viability of the mutation. The resultant mosaicism can be either generalized, confined placental or confined embryonic. The process of the loss or removal of one of the three chromosomes from the trisomic conception, at least from the cells that will form the proper fetus is known as trisomic zygote rescue. As the result of this phenomenon, the embryo/fetus becomes disomic, while the placental compartment remains trisomic or mosaic. After losing a chromosome, the remaining pair might originate from the same parent. The presence of two chromosomes from one parent in a disomic cell line is termed uniparental disomy. Uniparental disomy is one form of aberrant origin for disomic cells, and the term „pseudodisomy" is also used. Uniparental disomy can involve homozygosity for the chromosome, and the term ,,isodisomy" has been suggested for this phenomenon. If the homozigosity for the chromosome is not complete, the term „heterodisomy" is used. Depending on the pathologic chromosome, the clinical consequences of the confined placental mosaicism and uniparental disomy can be intrauterine and/or postnatal growth restriction, spontaneous abortion. Increased perinatal morbidity and mortality, minor congenital malformations can result from the phenomena. Confined placental mosaicism and uniparental disomy are well known in syndromatology too. The connections of mosaic trisomy 7 and Silver-Russell syndrome, mosaic trisomy 15 and Angelman syndrome, mosaic trisomy 15 and Prader-Villi syndrome are described. Due to the presence of aneuploid cells in the placenta, confined placental mosaicism may cause placental dysfunction, hydropic degeneration of the placenta or „unexplained" highly increased serum hCG level. ]

[Cessation of smoking is the primary condition for the successful management of COPD. The aim of pharmacotherapy is to diminish symptoms (dyspnoe, cough and expectoration) to increase cardiorespiratory performance and to improve the quality of life. Pharmacotherapy is based upon administration of bronchodilators (anticholinergic and beta-agonist preparations as well as theo phyllin). In the case of acute exacerbation anti- biotic treatment is indicated. Effectiveness of inhalative corticosteroids is not established well yet, whereas the oral and parenteral administration of corticosteroids is limited by severe side effects. In the advanced stage of disease long term oxygen therapy can increase survival and improve the quality of life. Respiratory rehabilitation is an essential component in the management, it facilitates expectoration and corrects respiratory technique, increases muscular force and performance, improves quality of life. Active cooperation of patients is necessary for the successful management of the desease; the patient should be informed on the particulars of the disease and on the required contribution.]

We aimed to investigate the association between fluoxetine use and the survival of hospitalised coronavirus disease (COVID-19) pneumonia patients. This retrospective case-control study used data extracted from the medical records of adult patients hospitalised with moderate or severe COVID-19 pneumonia at the Uzsoki Teaching Hospital of the Semmelweis University in Budapest, Hungary between 17 March and 22 April 2021. As a part of standard medical treatment, patients received anti-COVID-19 therapies as favipiravir, remdesivir, baricitinib or a combination of these drugs; and 110 of them received 20 mg fluoxetine capsules once daily as an adjuvant medication. Multivariable logistic regression was used to evaluate the association between fluoxetine use and mortality. For excluding a fluoxetine-selection bias potentially influencing our results, we compared baseline prognostic markers in the two groups treated versus not treated with fluoxetine. Out of the 269 participants, 205 (76.2%) survived and 64 (23.8%) died between days 2 and 28 after hospitalisation. Greater age (OR [95% CI] 1.08 [1.05–1.11], p<0.001), radiographic severity based on chest X-ray (OR [95% CI] 2.03 [1.27–3.25], p=0.003) and higher score of shortened National Early Warning Score (sNEWS) (OR [95% CI] 1.20 [1.01-1.43], p=0.04) were associated with higher mortality. Fluoxetine use was associated with an important (70%) decrease of mortality (OR [95% CI] 0.33 [0.16–0.68], p=0.002) compared to the non-fluoxetine group. Age, gender, LDH, CRP, and D-dimer levels, sNEWS, Chest X-ray score did not show statistical difference between the fluoxetine and non-fluoxetine groups supporting the reliability of our finding. Provisional to confirmation in randomised controlled studies, fluoxetine may be a potent treatment increasing the survival for COVID-19 pneumonia.

[What happens to vertiginous population after emission from the Emergency Department?]

[Background – Dizziness is one of the most frequent complaints when a patient is searching for medical care and resolution. This can be a problematic presentation in the emergency department, both from a diagnostic and a management standpoint. Purpose – The aim of our study is to clarify what happens to patients after leaving the emergency department. Methods – 879 patients were examined at the Semmel­weis University Emergency Department with vertigo and dizziness. We sent a questionnaire to these patients and we had 308 completed papers back (110 male, 198 female patients, mean age 61.8 ± 12.31 SD), which we further analyzed. Results – Based on the emergency department diagnosis we had the following results: central vestibular lesion (n = 71), dizziness or giddiness (n = 64) and BPPV (n = 51) were among the most frequent diagnosis. Clarification of the final post-examination diagnosis took several days (28.8%), and weeks (24.2%). It was also noticed that 24.02% of this population never received a proper diagnosis. Among the population only 80 patients (25.8%) got proper diagnosis of their complaints, which was supported by qualitative statistical analysis (Cohen Kappa test) result (κ = 0.560). Discussion – The correlation between our emergency department diagnosis and final diagnosis given to patients is low, a phenomenon that is also observable in other countries. Therefore, patient follow-up is an important issue, including the importance of neurotology and possibly neurological examination. Conclusion – Emergency diagnosis of vertigo is a great challenge, but despite of difficulties the targeted and quick case history and exact examination can evaluate the central or peripheral cause of the balance disorder. Therefore, to prevent declination of the quality of life the importance of further investigation is high.]

[Invasive investigations show that in two-thirds of patients the myocardial ischaemia persists without obstructive coronary disease and any other heart conditions (INOCA). The underlying cause may be microvascular dysfunction (CMD) with consecutive microvascular coronary disease (MVD) and microvascular or epicardial vasospastic angina (MVA). The modern practice of clinical cardiology while using the developed non-invasive cardiac imaging permits exact measuring of the coronary flow with its characteristic indices. All of these improve the diagnosing of CMD-induced myocardial ischemia and provide opportunity to determine primary MVD cases. Since the recognition and treatment of MVD is significantly underrep­resented in the Hungarian medical care, the primary stable microvascular angina (MVA) is described in detail below with its modern invasive and non-invasive differential diagnosis and treatment, concerning especially its frequency provoked by high blood pressure and female coronary heart diseases. There are highlighted all recommended diagnostic procedures available under domestic conditions.]

[Three decades ago, LAM was launched with the goal of providing scientific information about medicine and its frontiers. From the very beginning, LAM has also concerned a special subject area while connecting medicine with the world of art. In the palette of medical articles, it remained a special feature to this day. The analysis of the history of LAM to date was performed using internationally accepted publication guidelines and scientific databases as a pledge of objectivity. We examined the practice of LAM if it meets the main criteria, the professional expectations of our days, when publishing contents of the traditional printed edition and its electronic version. We explored the visibility of articles in the largest bibliographic and scientific metric databases, and reviewed the LAM's place among the Hun­ga­rian professional journals. Our results show that in recent years LAM has gained international reputation des­pite publishing in Hungarian spoken by a few people. This is due to articles with foreign co-authors as well as references to LAM in articles written exclusively by foreign researchers. The journal is of course full readable in the Hungarian bibliographic databases, and its popularity is among the leading ones. The great virtue of the journal is the wide spectrum of the authors' affiliation, with which they cover almost completely the Hungarian health care institutional sys­tem. The special feature of its columns is enhanced by the publication of writings on art, which may increase Hungarian and foreign interest like that of medical articles.] 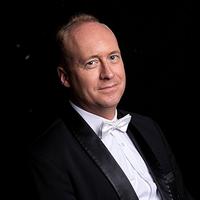