[Long-term oxygen therapy is the only treatment that has been shown to significantly improve life expectancy in patients with severe chronic obstructive pulmonary disease (COPD) exhibiting marked hypoxemia. There has been sginificant advances in the longterm oxygen therapy in the last two decades caused by the technological improvements in oxygen delivery systems as well as our better knowledge of the beneficial effects of the longterm oxygen therapy including better quality of life, exercise tolerance and pulmonary hemodynamic effects. This expansive therapy requires the documentation of chronic arterial hypoxemia by arterial blood gas analysis or pulsoximetry which should be reassesed during chronic care of these patients. Besides hypoxaemia, the consequences of tissue hypoxia induced by different problems in the oxygenation chain should also be considered. Indication of long-term oxygen therapy is optimally based on evidence and pathophysiology, thereby the undesirable placebo effect or psychological addiction to oxygen can be reduced. Late laboratory diagnostics and poor patient compliance are the main determinants of undertreatment. The real value of the long-term oxygen therapy in indications other than hypoxaemic COPD requires more controlled studies.]

[INTRODUCTION - The regulation of fluid and electrolite homeostasis is of crucial importance to maintain the normal biochemical processes of the body. Any sudden and remarkable change in the salt and water metabolism may result in serious consequences. CASE REPORT - In the case report the authors describe the history of a 17 old patient, who was admitted to the Emergency Department following seizures, with mental confusion, hyperpyrexia and hyponatremia. CONCLUSION - The aim of the authors was to present a severe case of hyposmolar hypervolaemia of uncommon etiology. They focus on the importance of the anamnestic history emphasizing the significance of diffrential diagnosis and demonstrate the therapeutic considerations.]

[ALDOSTERONE AT THE BEGINNING OF THE 21ST CENTURY]

[The discovery of aldosterone as the principal mineralocorticoid hormone led to a new era in the study of the regulation and the pathological/clinical relevance of the fluid-salt homeostasis and blood pressure. Here, we discuss briefly the history of the discovery of aldosterone, its biosynthesis, the mechanism of action, regulation and the diseases which are associated with its pathologically increased production and hypertension: primary and secondary hyperaldosteronisms. Considering their clinical significance, we focus on primary hyperaldosteronisms as they represent a considerable portion of secondary hypertensions that can be definitively cured. Differential diagnosis issues related to other forms of hypertension of different origins are discussed in detail. Recent findings of the past fifteen years indicate that besides its classical genomical actions aldosterone has much more diverse non-genomic actions as well including proinflammatory and profibrotic effects even in physiological concentrations. Based on these observations, aldosterone can be regarded as a risk hormone in the aetiology of cardiomyopathies, vasculopathies and neuropathies and therapeutical consequences are also discussed.]

[The selection criteria of the preoperative ERCP]

[THE TREATMENT OF ACUTE ISCHEMIC STROKE BASED ON CURRENT GUIDELINES]

[Cerebrovascular diseases are third among the most frequent causes of mortality in developed countries and represent the most common cause of disability in adulthood. 80% of all acute stroke cases are of ischemic origin. The proven significant efficacy of intravenous thrombolysis with rt-PA in the NINDS rt-PA Stroke Trial was the cornerstone of the treatment of acute ischemic stroke, followed by several recommendations. From this time on, the attention shifted to early and appropriate recognition of symptoms and to organizing a quickly reacting emergency medical system in order to maximize the number of those patients transported immediately to the nearest stroke center to have the opportunity to be treated within three hours after their symptom onset. Specialized stroke facilities have documented benefit over other forms of stroke management concerning survival rates, but they need coordinated continuous multidisciplinary care for the patients, availability of CT scanner, laboratory examinations including tests of hemostasis, intensive care unit and well-trained stroke neurologists on 24-hours-a-day basis. Thrombolysis in these stroke centers with intravenous 0,9 mg/kg rt-PA improves the outcome of acute stroke with 30%. Although new guidelines strongly recommend the thrombolysis of selected ischemic stroke patients, the only evidence-based treatment of this condition has not yet become a part of the routine stroke management in Hungary. Regarding other specific antithrombotic therapeutic approaches, anticoagulation has the most contradictory status: in spite of well-defined theoretic considerations there are no evidence-based data in favour of routine anticoagulation in acute ischemic stroke, neither with heparin nor with low molecular weight heparins or heparinoids, while aspirin given within 24-48 hours after stroke onset was shown to have a significant but modest benefit. No data support the treatment with hemodilution or the administration of neuroprotective drugs. Evidence accumulating continuously determine the principles of general care including the methods and the targets in the acute phase of ischemic stroke regarding respiratory and cardiac care, management of blood pressure and blood glucose levels and body temperature.]

[In chronic obstructive airway diseases there are several unsolved questions regarding the early diagnosis, monitoring treatment, simple detection of exacerbations and the questions of differential diagnosis. These problems indicate the need for the development of new diagnostic methods and their application in clinical practice. This need is further emphasized by the fact that in most chronic airway diseases, including asthma and chronic obstructive pulmonary disease inflammation has a central role in the pathomechanism and its suppression is the main aim of treatment, but so far, we do not have adequate method for the assessment of inflammation intensity in clinical practice. In recent decades non-invasive sampling techniques directly from the airways have made a progress in respiratory research and at present some of them are available for clinical use. Among these techniques sputum induction, measurement of exhaled biomarkers including exhaled nitric oxide and mediators in exhaled breath condensate samples are used increasingly. The present review summarises our current knowledge on these methods and the most important findings obtained by their applications.]

[Over the past decade, the use of noninvasive ventilation in the setting of acute exacerbations of chronic obstructive pulmonary disease (COPD) has gained popularity, and is recommended by evidence-based guidelines. The evidence that it should be effective in chronic COPD is much weaker, and large, prospective, randomised, controlled studies that would also provide a guide for the selection of the best candidates, are still lacking. It has bee established, however, that home mechanical ventilation is certainly beneficial for a well-defined subgroup of patients. This includes the so called “blue bloater” patients (with hypercapnia and polyglobulia), other cases with increased hypercapnia, and patients with "overlapping" syndrome (COPD accompanied by sleep apnoe). Also, for patients with acute respiratory failure who refuse intratracheal intubation noninvasive mechanical ventilation remains the only choice. The past years have unequivocally proved the superiority of the positive pressure ventilation mode for either short term or long term use.]

[The asthma bronchiale and chronic obstructive pulmonary disease (COPD) are not simple diseases, but heterogenous syndromes. In their most typical forms, asthma and COPD are clearly distinguishable, but many patients demonstrate features of both conditions. This is the asthma - COPD overlap syndrome (ACOS). We present the latest findings in the pathogenesis, clinical characterisation, diagnosis, and management of ACOS. Because the limitations of the studies need future research, mainly to develop targeted therapy. ]

[Focus on the diagnosis and therapy of chronic cough]

[Cough by itself is not a disease but a part of a complex defense mechanism protecting from harmful materials entering the airways and cleaning the lungs and airways from potentially harmful materials. Normally, cough is accompanied by other defense mechanisms (bronchoconstriction and secretion of sputum) that increase the effectiveness of cough. Cough generally is caused by intrapulmonary disorders, but may be related to extrapulmonary lesions that are not easy to diagnose. In every case, an etiological diagnosis has to be the aim because this is the only way to proper treatment. From the abundance of reasons for cough, upper airway cough syndrome, asthma, chronic obstructive pulmonary disease, and gastro-esophageal reflux disease are discussed in detail.] 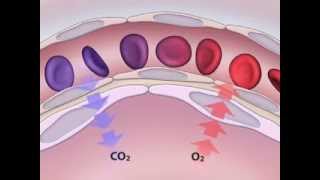