[Changing glaucoma care in Hungary: is technical development accompanied by the improvement of glaucoma management?] 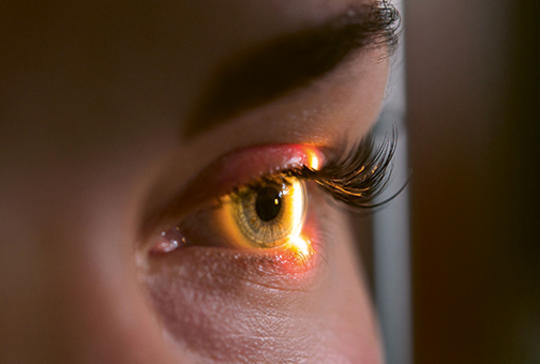 [Success and failure of the last thirty years of glaucoma care in Hungary are summarized in the current review on the occasion of the thirtieth anniversary of the establishment of Lege Artis Medicinae. Lege Artis Medicinae has been supporting glaucoma care with publishing scientific papers on glaucoma management since its establishment. During the last three de­cades our understanding of the pathomechanism of glaucoma has been changed, modern automated threshold perimetry became widely available for ophthalmologists, quantitative retinal imaging became established, modern topical glaucoma medication including the fixed dose combination and preservative-free eye drops appeared in clinical practice, and glaucoma microsurgery considerably improved. However, better converting the achievements into routine clinical practice requires further efforts from Hungarian ophthalmologists.]

[This is a survey on the function of parallel visual pathway with a special emphasis on its clinical implications. It is based on data in the literature and own results of our group. The paper primarily deals with the X, Y, W pathways and by the magnocellular, parvocellular and koniocellular visual pathways characterized by cells of various size as well as by nerve fibers of various thickness. Electrophysiological, microelectrode recording of single-unit activity makes the distinction between the pathways available in animal modell. Much more difficulties arise if we intend to characterize the pathways in humans or to detect the selective damage of one of these pathways in patients. The non-invasive diagnostic methods that could be used in the diagnosis are detailed here, too. Finally, the neurological, ophtalmological and psychological diseases are discussed in which a selective damage of any visual pathway is suspected. Summing it up, the survey provides evidences for the introduction of the novel concept of parallel pathways into the diagnostic aspects of ophthalmology, neurology and psychiatry.]

Far lateral lumbar disc herniations (FLDH) consist approximately 0.7-12% of all lumbar disc herniations. Compared to the more common central and paramedian lumbar disc herniations, they cause more severe and persistent radicular pain due to direct compression of the nerve root and dorsal root ganglion. In patients who do not respond to conservative treatments such as medical treatment and physical therapy, and have not developed neurological deficits, it is difficult to decide on surgical treatment because of the nerve root damage and spinal instability risk due to disruption of facet joint integrity. In this study, we aimed to evaluate the effect of transforaminal epidural steroid injection (TFESI) on the improvement of both pain control and functional capacity in patients with FLDH. A total of 37 patients who had radicular pain caused by far lateral disc herniation which is visible in their lumbar magnetic resonance imaging (MRI) scan, had no neurological deficit and did not respond to conservative treatment, were included the study. TFESI was applied to patients by preganglionic approach. Pre-treatment Visual Analogue Scale (VAS) and Oswestry Disability Index (ODI) scores of the patients were compared with the 3rd week, 3rd month and 6th month scores after the procedure. The mean initial VAS score was 8.63 ± 0.55, while it was 3.84 ± 1.66, 5.09 ± 0.85, 4.56 ± 1.66 at the 3rd week, 3rd month and 6th month controls, respectively. This decrease in the VAS score was found statistically significant (p = 0.001). ODI score with baseline mean value of 52.38 ± 6.84 was found to be 18.56 ± 4.95 at the 3rd week, 37.41 ± 14.1 at the 3rd month and 34.88 ± 14.33 at the 6th month. This downtrend of pa­tient’s ODI scores was found statistically significant (p = 0.001). This study has demonstrated that TFESI is an effective method for gaining increased functional capacity and pain control in the treatment of patients who are not suitable for surgical treatment with radicular complaints due to far lateral lumbar disc hernia.

End of the line? Addenda to the health and social care career of psychiatric patients living in Hungary’s asylums

[Etymology for the word nurse]