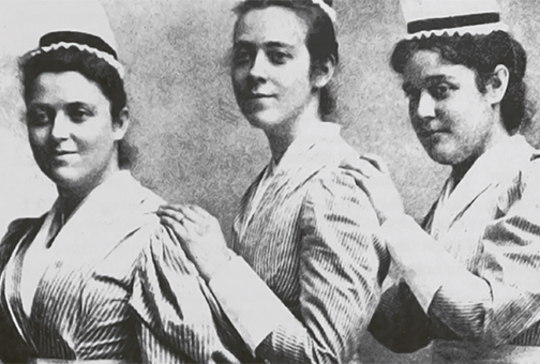 [Letter from the Editor]

[Research on burnout syndrome among healthcare professionals is of pre­dominant importance and enables improvement of intervention programs. Our aim is to evaluate the burnout syndrome among the employees of the Department of Anaesthesiology and Intensive Therapy at the University of Szeged. Cross-sectioned design utilizing a self-administrated questionnaire was used to collect data from the staff. Burnout was measured using the Maslach Burnout Inventory, while psychological immune competence was measured using the Psychological Immune Competence Questionnaire. Burnout is higher among subjects who work more weekly hours and who report more somatic symptoms. Burnout levels are lower among participants who report more social rela­tion­ships and stronger psychological immune system. Burnout of healthcare professionals has an impact on their well-being as well as indirectly on the quality of patient care.With better knowledge of the protective and risk factors, better intervention and prevention methods can be developed. ]

[Application of robots might ease the labor shortage of the ageing society care in long term. The aim was (1) to measure the acceptance of the robotic care among elderly people, (2) measure the preconception related to the acceptance of robotic care. A personal survey was done in 2020 June. The questionary was filled out by 40 Hungarian people all above 60 years. The questionary contained questions about the acceptance, trust in robots in general and acceptance, possible usage fields of care robots. Each people filled out the questionary twice. After the first fill out, there was a presentation about robots in general and the participants could meet with two different robots. Then the questions were asked again. The analysis mostly based on the comparison of the first and second questionnaire. The revulsion of elderly people against robots is mostly based on preconception, after a short explanation we could change their attitude and achieve better acceptance of robots. However, in the case of capability of handling robots our results showed too high self-confidence, which we could not explain yet. Therefore, more research is required in this field. The preconception of elderly people against robots is real phenomenon, but since mostly it is based on the missing knowledge of robots and robotic care it can be change by the appropriate education and personal experiences.]

[The aim was a scientific investigation of health-related quality-of-life outcomes of patients after total hip arthroplasty. We performed cohort, prospective, descriptive examination using the form of a questionnaire at the Orthopedic Clinic of the Semmelweis University in-patient department between May 2018 and January 2019. The investigation involved patients suffering from degenerative primary coxarthrosis scheduled for elective surgery. The study included thirty (n=30) patients with the average age of seventy-two. The gender distribution was the following: male 36% (11 persons) female 63% (19 persons). Before the operation 50% of the patients reported severe pain, while the other half described only a mild pain. Three months after surgery the pain decreased significantly (p<0,000). 70% of the investigated population reported severe preoperative gait difficulties, whereas only 30% had only mild walking difficulties after 3 weeks. Preoperative analgesic use was also significantly reduced (p=0,004). 40% of the patients used assistive devices for walking. This number reduced to 20% by the end of the research period. Considering the investigated dimensions the patients experienced significant improvement in their quality-of-life in the early postoperative period. Total hip arthroplasty is highly demanding for the patient and has an operational risk, but the expected benefit is substantial. ]

[The analyses of chronic inpatient care by national, county and institutional level data]

[The aim was to examine the chronic health care in the period 2003-2017. During the research the authors processed the data of the National Health Insurance Fund Management (NEAK) at the national, county and Pécs University Clinical Center level. They performed quantitative, descriptive, retrospective research. For the whole period and target group in question. The number of hospital beds changed significantly between 2003 and 2017, and there are major differences in regional distribution. In 2003, there were 19,474 chronic bed in Hungary, while in 2016 the number of hospital beds was 27,194. We found 39.5 % increase of hospital beds in this period. The average number of nursing days has significantly increased, reflecting the increasing proportion of long-term care patients in the care system. The care system must adapt to changes in health policy. It is important to prioritize the needs of an aging society. The significant increase in the number of nursing days necessitates the placement of long-term care patients.]

[In October 2012 the author had the opportunity to spend 4 days in the Netherlands on a study trip. The purpose of the trip was to exchange information about the nursing education facilities and the tasks of Occupational Health Nurses in the Netherlands. The study tour supported by the Federation of Occupational Health Nurses within the European Union. Although the length of the trip was relatively short, the impact and exposure it brought to the author was definitely enormous. ]

[Elements of health literacy among the Hungarian working population]

[Aim of the research: The authors’ objective was to reveal the state of health, lifestyle and health behaviour of economically active population. Research and sampling methods: The cross-sectional survey was conducted among white-collar workers in Hungary, selected using a random, sampling method. The data gathering took place using web-based, anonymous, self-completion questionnaire. The proprietary questionnaire used was based on the questionnaire used in the National Population Health Survey (OLEF) for the standard survey of health behaviour. The authors analysed the gathered data with Microsoft Excel 2010 software, using chi-square test and descriptive statistical method. They regarded the value of p <0,05 as significant. Results: The survey was completed by 735 workers (63% man, 37% woman). The average health value of workeres in the survey was 9.6 on a scale of ten grades. We separately analysed smoking habits and physical activity. Examining their state of health based on the psychosomatic symptoms scale, the respondents most frequently indicated back and lumbal pain, and sleep disorders. Conclusions: The results of survey revealed that the health condition of respondents is unsatisfying. Many white-collar workers are suffering from psychosomatic symptoms. On the whole it can be concluded that health behavior of workers needs to be changed. ]

[Biomonitoring of lead exposure among workers: the role of the occupational health nurse ]

[Biological monitoring (biomonitoring) in occupational safety and health is the detection of substances (biomarkers) in biological samples of workers, compared to reference values. This article is limited to Lead (Pb) exposures, as it is one of the most important models for biomonitoring of exposure, with the blood Pb concentration as a predominant choice in occupational health. This article examines the nature of and risk factors for lead exposure among workers, the scope of the problem, the legislative and regulatory framework relevant to biomonitoring, and the role of occupational health nurses in promoting a culture of safety to prevent exposures. ]

[The nursing of history - the history of nursing]

[The purpose of nursing is always the same: to restore a patient’s health, and provide help during his or her illness. Findings demonstrate that nursing already had an important role thousands of years before Christ. Broken bones, healed skull trepanations and joint diseases can be discovered in early findings. Caring for injured members of the same species cannot be seen, but in the case of elephants and dolphins, who provide company to the suffering member. The rest of the animals simply let the injured die. The author reviews the history of this remarkable activity, and introducing it from the beginning to our days, with particular regard to the milestones in Hungary.] 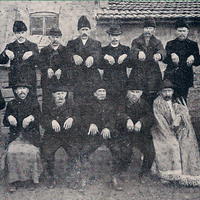 Biomonitoring of lead exposure among workers: the role of the occupational health nurse